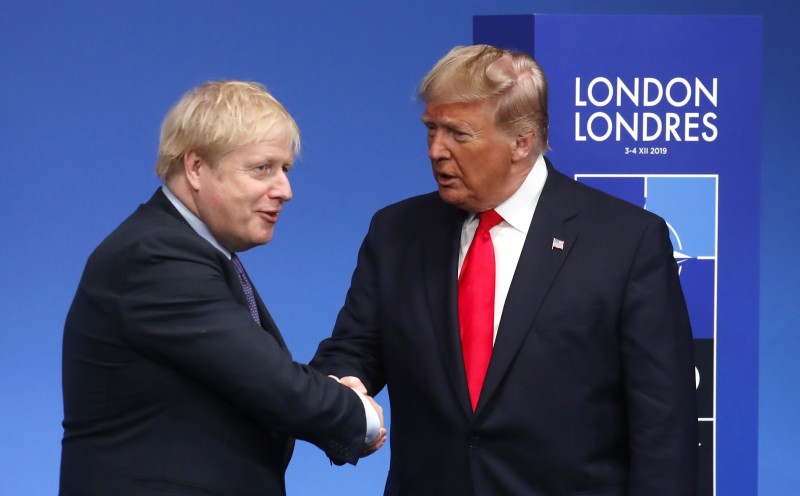 The government is prepared to allow inferior US food imports to arrive on UK shelves, according to reports (Photo: CHRISTIAN HARTMANN-POOL/SIPA/Shutterstock)

Reports emerging from Westminster indicate that the government is prepared to allow agricultural and food imports not produced to British standards.

Trade negotiations recently got under way with the US, and the Daily Telegraph has now reported that the government could be prepared to accept imports not produced to British standards - although with the imposition of a 'dual tariff' regime.

Higher duties would be imposed on imports that did not match domestic standards, the newspaper reported.

A government source said: "The idea of a dual tariff regime is that the upper band would remove any economic advantage that foreign producers would gain through lower animal welfare standards.

"British farmers would also have a competitive advantage even with goods that are produced to high standards, because of the lower tariff regime applied to imports."

It comes as the government has repeatedly insisted that it would defend British farming standards in trade negotiations with the United States.

This is even though US representatives have suggested on a number of occasions that the UK would need to relax restrictions if it wanted to secure a post-Brexit free trade agreement.

Washington put that demand in writing in a document outlining its negotiating objectives for a transatlantic deal.

"In the UK we have built a very special market based on provenance, with particular attention to food safety and animal welfare standards.

"We will not jeopardise that through trade deals in the future. I have always been very clear about that," he said.

The British egg industry has warned the government over recent years that UK egg products would not be able to compete on price with imports produced to lower standards.

Mark Williams, chief executive of the British Egg Industry Council (BEIC), has said that only EU tariffs currently protect British egg products from lower priced and lower welfare equivalents from countries like the US.

Mr Williams warned that pursuing a free trade policy with such countries would result in British farmers being significantly undercut.

However, he appeared relatively optimistic about the idea of a dual tariff deal with the United States.

"BEIC lobbying to retain important tariffs on all eight egg tariff lines was a major achievement," he said, referring to the recent publication of a new post-Brexit tariff schedule.

"As the UK seeks to negotiate free trade agreements around the world, a dual tariff regime sends a clear message to our trading partners that, if they seek to be able to export to the UK, any product needs to comply to our standards."

The NFU was slightly more cautious about the idea. Director of EU exit and international trade, Nick von Westenholz, said the union was seeking further clarification from government about the reports.

“We have not yet had any official account from the government about this proposal and we don’t comment specifically on uncorroborated leaks or speculation about government policy.

“We do know that the government made a manifesto commitment not to compromise on our high environmental protection, animal welfare and food standards in trade negotiations, and this commitment is explicitly stated in the government’s specific objectives for the US negotiations.

"Only three weeks ago, the Farming Minister stated 'that all food coming into this country will be required to meet existing import requirements including a ban on using artificial growth hormones in beef. Nothing apart from potable water may be used to clean chicken carcases.'

"We hope the government will continue to hold the line on these issues in any trade negotiations as they have repeatedly committed," Mr von Westenholz said.

Despite repeated assurances that it would defend British farming interests, the government voted down a proposed amendment to the Agriculture Bill, which would have enshrined in law a guarantee that imports must meet UK food standards.