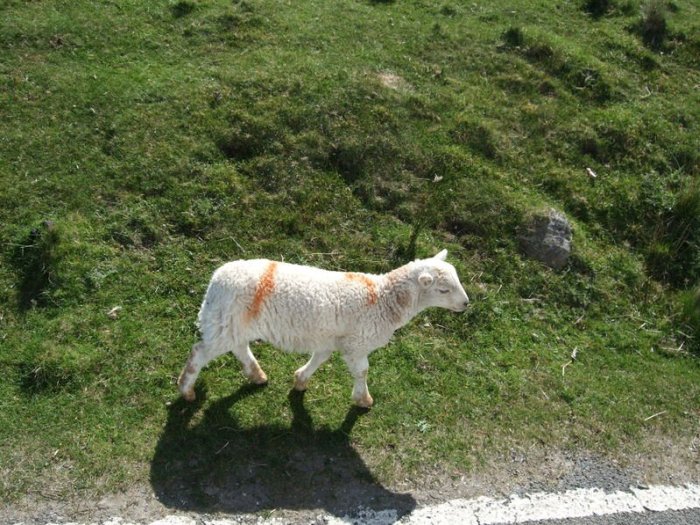 A sheep owner has described the moment she stumbled across a 'horror scene' after finding one of her animals slaughtered and skinned for its meat.

Police are appealing for more information after a sheep was illegally butchered on a field near Sunderland on Friday 20 March.

Dawn Smith, who keeps livestock at Over The Hill Farm in Newbottle, told Sunderland Echo she fears the meat will be sold on the black market.

The perpetrator knew what they were doing as they 'gutted her first, then skinned her', she said.

“There is nothing left of her. She has been slaughtered in the field," Dawn told the paper.

“Somebody has gutted her, skinned her and removed her intestines then carried her away. They have taken all the meat off her and taken her away through our field.

“We have got the knife she slaughtered with – she was killed with a fishing knife.”

She highlighted concerns over the current coronavirus crisis in the UK: "You go to the supermarket and the shelves are empty – somebody has obviously seen them and thought ‘we can make some money on this'".

Northumbria Police confirmed the incident: "Shortly after 9.15 on Friday we received a report a sheep had been killed on farm land on Durham Road, Houghton.

"Enquiries are ongoing and anyone with information is asked to get in touch via our online reporting tool, quoting log number 173 200320.”