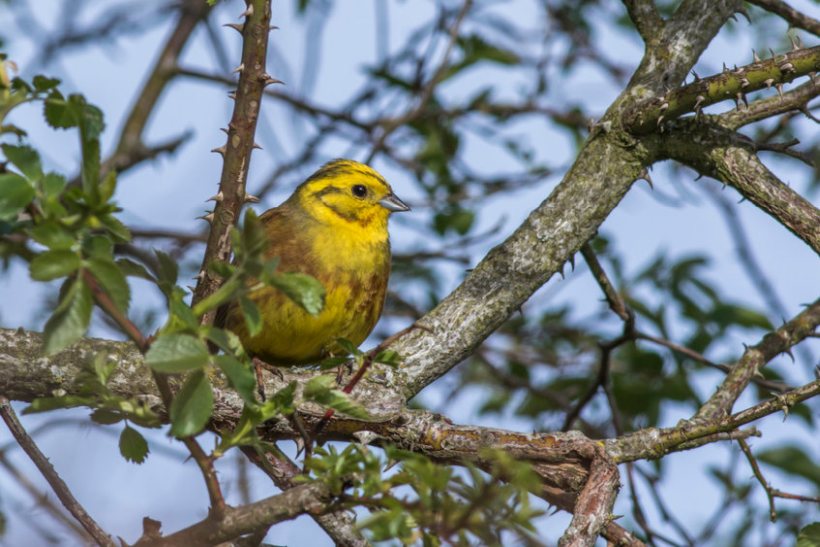 Endangered yellowhammers have been spotted on farms in Pembrokeshire for the first time in decades following a new feeding and conservation programme launched by potato growers.

On one of the farms, where the bird had not been seen in at least 16 years, a new population has been discovered after installing ‘farm-size’ bird feeders.

They are grown sustainably by farmers who have pledged to minimise carbon emissions, protect soil health and support biodiversity.

This includes the planting of more cover crops to capture carbon from the atmosphere, helping pollinators in the summer and feed the birds in the winter.

All these measures have helped the yellowhammer, which is a ‘red list’ species under severe threat and of the utmost concern to conservationists.

One of the main reasons for the decline is the lack of food at this time of year, as little waste seed is left on the farm. Growers are helping the birds get through this ‘hungry gap’.

Roger Mathias, a biodiversity consultant working for Root Zero to advise growers said: "For many years, the seeds so important to them, left over from the corn harvest, just weren’t there. Different crops and more efficient machines meant less ‘left overs’ for the birds." 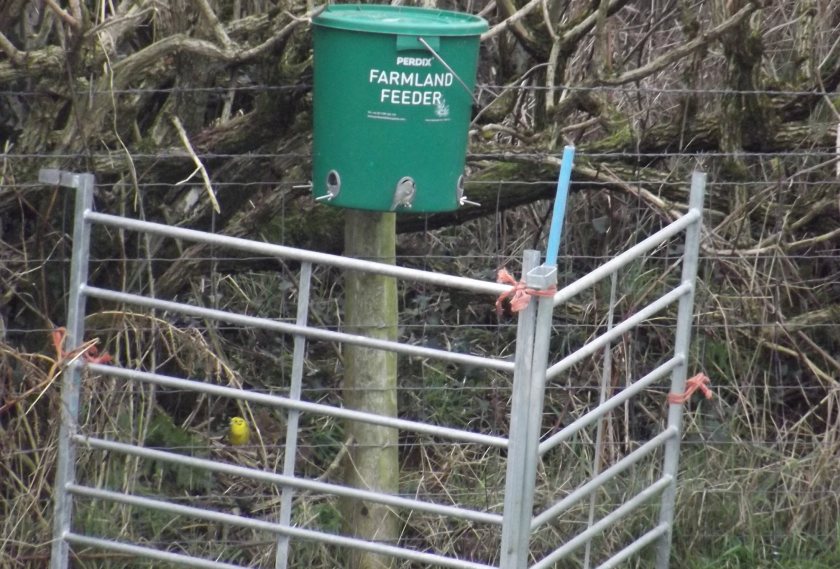 Replacing that winter food can be done, with growers achieving this in two ways: they are sowing special areas of seed rich plants which are left unharvested to help feed the birds when frosts and stormy weather can make finding food difficult.

And special feeders are being installed around the growing fields filled with wheat, oats and seeds which have been grown and mixed by one of the growers.

Mr Mathias added: “We have small numbers of yellowhammers on our farms, and we are determined to help them return to our Welsh countryside, so that the ‘little bit of bread and no cheese’ song can join the stunning yellow feathers in brightening our summer walks.

“It’s been great to see the work that we’re doing to help the yellowhammer has had a positive impact in supporting a whole range of other farmland birds too. We’ve also seen Meadow Pipit, Skylark, Linnet in good numbers and 100s of Chaffinches."

Surveys by an expert volunteer from the British Trust for Ornithology have begun on the Pembrokeshire farms to count the species and numbers of birds that can be found.