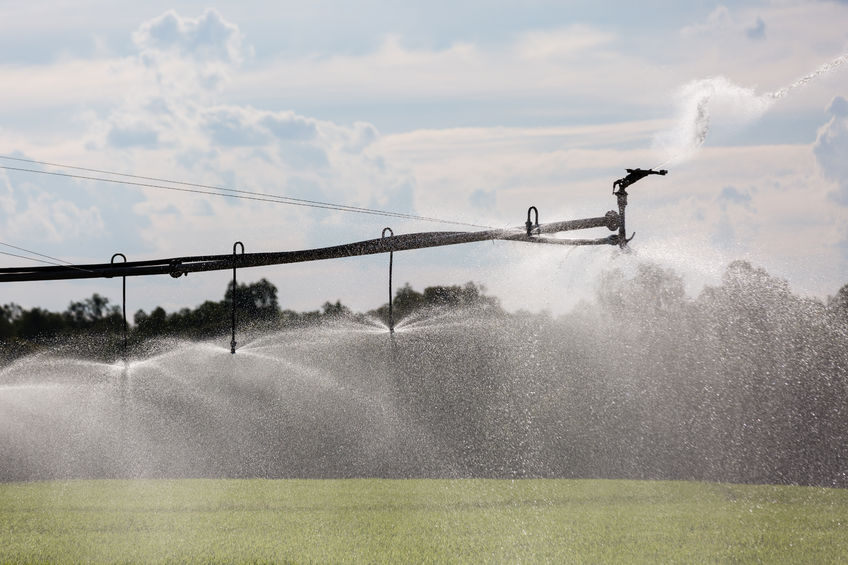 A new service has been launched by the NFU to help farmers and growers urgently find water amid the unprecedented spell of hot, dry weather.

The online Water Bank is designed to help match farmers who need water with neighbouring farm businesses who have a surplus.

The Environment Agency has agreed to consider and approve wherever possible fast-track, short-term trades of water to help farmers cope with pressures on food production caused by the heatwave.

Water trading will be localised, with donors and recipients needing to operate within the same hydrological unit - meaning the same river or (part of) groundwater aquifer.

NFU Vice President, Stuart Roberts said it is a "timely reminder" that food production shouldn't be taken for granted in the UK.

“The launch of the NFU Water Bank as a web-based noticeboard could be of considerable help to some of our members who are quickly running out of water for fruit and vegetable production as they use up their annual abstraction volumes,” Mr Roberts said.

“Livestock who rely on drinking water from abstracted sources are also at risk.

“We will keep looking for solutions that help alleviate the pressures that are building on the farming industry caused by this agricultural drought.”

Fast-track, short-term trades of water between willing donors and recipients will be considered by Environment Agency area offices on a case by case basis during the current agricultural drought.

Viable trades must be from the same groundwater/surface water source and within the same water body, the NFU explained.

In most cases, only volumes of water that the donor has historically used will be permitted for trading, and so the most realistically achievable trades will be in cases where the donor is not currently using water that he or she would otherwise need.

Many trades will be conducted between neighbouring farms and potential donors and recipients can match up with each other using the service.

The opening of the service follows comments by the NFU describing how the sustained heatwave is causing crops to be "parched to the bone".