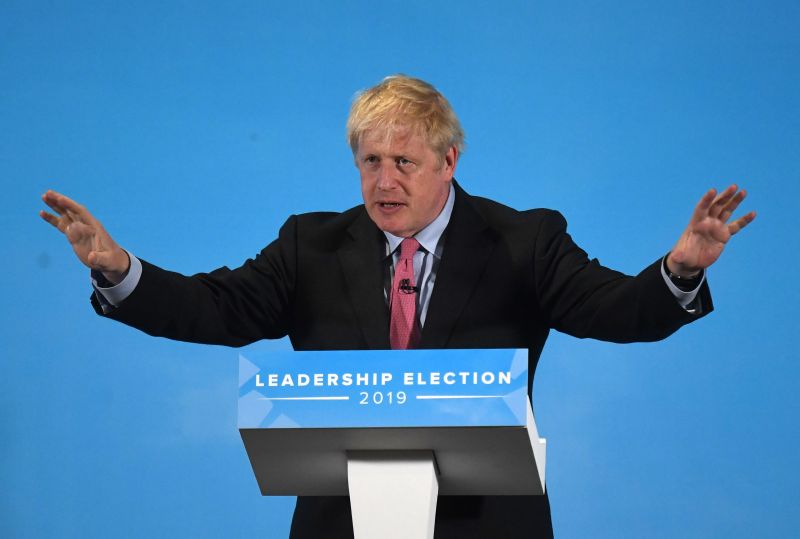 Boris Johnson has signalled that he is prepared to ban the live exports of animals if he becomes the UK's next Prime Minister.

The Conservative leadership hopeful told a hustings event last night (11 July) that the practice is a 'really terrible business' for livestock.

The event, held at the Kent Showgrounds in Maidstone, comes just 11 days until the next Tory leader, and consequently Prime Minister, is announced.

The former London Mayor said after Brexit, the UK will be able to say it is “no longer possible to take live animals in great distress and confusion [for] very long distances.”

“One of the reasons I resigned from the Cabinet is because when you look at the detail of what is implied by the current Withdrawal Agreement, it would make it impossible for us to vary our laws on the live transport of animals,” Mr Johnson said.

“Some of them, by the way, go more or less from Scotland to Spain to Africa,” he added.

Currently, under EU law, exporters can transport live animals from the UK to Europe.

But as the UK develops its own animal welfare standards in preparation for Brexit, significant changes to the law could be seen.

The UK and devolved nations could ensure transport conditions for livestock surpass those required under EU law.

This might include a change in the hours and distance animals are allowed to travel within the UK and for any animals exported.

Government could even outright ban live exports, something which groups, such as the RSPCA, are urging them to consider, despite the livestock sector's concerns.

But some farming industry bodies have criticised proposals to ban live exports.

The Farmers' Union of Wales (FUW) has previously said such a ban could cut off an “essential lifeline” for sheep farmers.

FUW President Glyn Roberts said it would be “short sighted” to introduce a ban, as tariffs on meat exports to the EU might be introduced.

Scottish government opposition to the ban

Mr Roberts’ comments echo those of the Scottish government, who also oppose a live export ban.

Responding to a similar proposal last year, Scotland's Rural Economy Secretary Fergus Ewing said: “Let me be absolutely clear, this is one UK-wide framework the Scottish government will not be participating in.