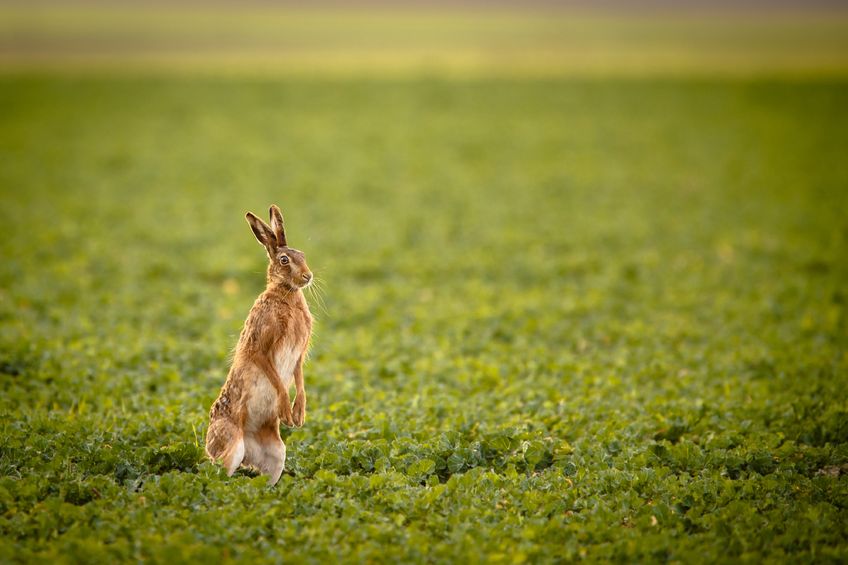 Britain’s most charismatic but threatened farmland species, the brown hare
Sign in to add your own press release SIGN IN Register

A study has revealed that the UK's declining brown hares could benefit from non-native crops grown for bioenergy across Britain’s farmland.

The study, published in the European Journal of Wildlife Research, and funded by wildlife charity People’s Trust for Endangered Species (PTES), shows that how crops are planted is just as important as to which crops are grown in determining their effects on farmland wildlife.

The research team set out to investigate what effects biomass energy crops might have on one of Britain’s most charismatic but threatened farmland species, the brown hare.

Several new crops are being planted across the UK and Europe, which are harvested and burned for fuel. These biomass energy crops differ from most crops because they are typically planted for long-term harvests (15-25 years) and are cut annually from the same sites, but otherwise require very little management.

One of the most common of these crops is a giant Asian grass called ‘elephant grass’. By tracking hares in farmland planted with different sized fields of elephant grass, Dr Silviu Petrovan, lead researcher, showed that the crop planted in small blocks provides an excellent habitat for brown hares, but if planted as a monoculture across large areas, it was found to discourage hares.

The team analysed the diet from hare droppings, which showed that hares avoid elephant grass as a food source, preferring more typical cereal crops, wild grasses and herbs, but they rest and shelter extensively in it. 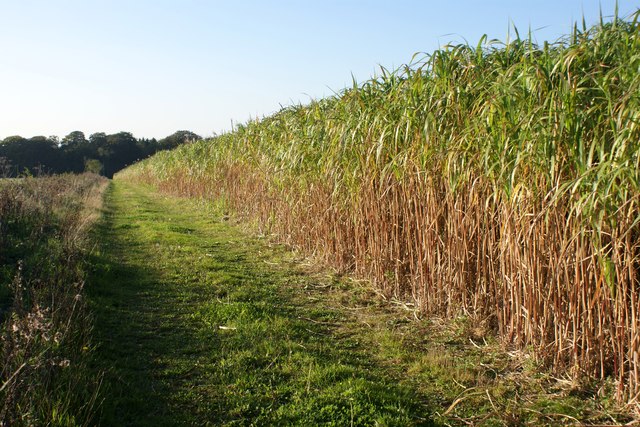 The team’s radio-tracking devices also showed that hares associated with small-scale planting had home ranges five times smaller than those living in or around large-scale planting.

Dr Silviu Petrovan from the University of Cambridge, who carried out the study, said the research team has recorded some of the smallest hare annual home ranges ever, at an average of just 10 hectares.

“It suggests that, as part of a mixed agricultural landscape and planted at the right scale, elephant grass provides many of a hare’s habitat requirements in a very small area. If ranges are small it indicates that the numbers of hares an area can support is high,” Dr Petrovan said.

“We think that hares use elephant grass for cover and then forage around its edges. They also take advantage of the fact that it isn’t sprayed with herbicides, so in places it has quite a rich ground cover of other plants which they feed on, not unlike a small area of young woodland.

“The caveat is that hares do need other components of their habitat, so where the crop is dense and planted over a wide area, hare ranges were much bigger than normal, causing them to expand a lot more energy as they need to travel further to find natural foraging areas.”.

Dr Phil Wheeler from the Open University, who led the research said: “In some respects, although these biomass crops are alien to the UK, they mimic unfarmed or unintensively cultivated bits of farmland, many of which have been lost as farming has intensified.

“Our research suggests that for hares, diversifying farmland by planting biomass crops in small chunks might replace something of what has been lost. The same may be true for other wildlife, but at present evidence is limited.

“Whether planting at small scales is economically and logistically viable for farmers is another question. If biomass crops are only viable when planted over wide areas, they may end up as another challenge to farmland wildlife.”