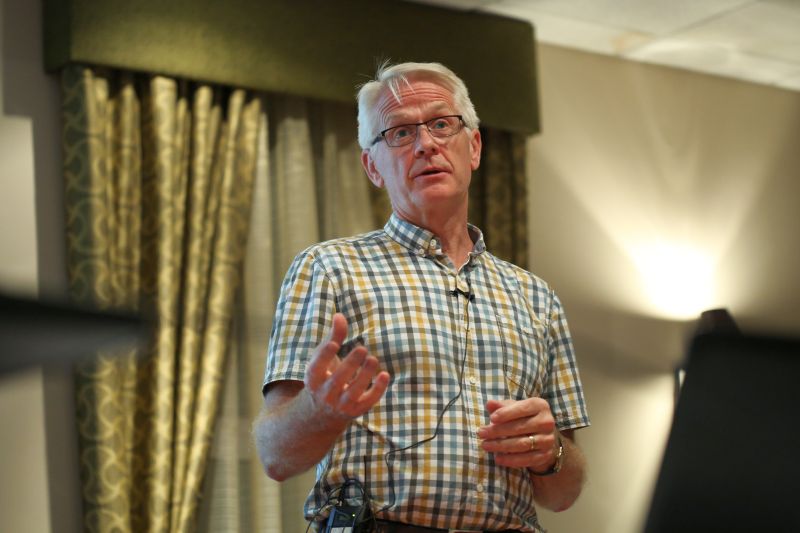 Andrew Joret, British Lion chief executive, said there is a threat that eggs produced to a lower standard would be allowed onto the market

British Lion chief Andrew Joret has hit out at the 'disaster' of Brexit in a scathing attack on the decision of the UK to leave the EU.

The chairman of the British Egg Industry Council (BEIC) made the comments to delegates at the conference of the International Egg Commission (IEC) in Copenhagen.

He said that Brexit and subsequent import decisions by the government could be highly damaging to British egg producers.

He expressed exasperation at the current uncertainty: “I could stand here all day and talk about Brexit. I think it's the most stupid thing we have ever done.”

It comes as the Supreme Court ruled on Tuesday (24 September) that the suspension of Parliament was unlawful.

The court said it was wrong to stop Parliament carrying out its duties in the run-up to the Brexit deadline.

Court president Lady Hale said the unanimous decision of all 11 judges was that Parliament had not been prorogued.

The BEIC chairman said the real threat for the British egg industry was the possibility that eggs produced to a lower standard would be allowed onto the market.

“The real issue for the egg industry is not the politics of it; it is all about tariffs,” he said.

“If we do leave the EU with no deal, we come under WTO rules. Under WTO rules there are tariffs set, which are actually quite protective.

“But our government has already announced, in its wisdom, that there are going to be zero tariffs in the case of eggs.

“That could be an absolute disaster for us - not so much in shell egg because on shell egg, fortunately, we do have phytosanitary rules.”

He added: “There are only three countries around the world that can import shell egg into Europe for the table market - that is Norway, Switzerland and Ukraine.

“Norway and Switzerland are tiny - not an issue. Ukraine, there may be a bit of an issue.”

Whilst zero tariffs may not pose too big a threat for table eggs, Joret said that such a policy could be very damaging for British egg products.

“When it comes down to egg products, you don't have that protection of phytosanitary rules, so it could come from anywhere.

“Whilst at the moment the product we import comes from Europe, it could open us up to situations where we would be importing egg from conventional battery cages that we had to scrap in 2012.

“That, to me, is criminal. We have made a really big stink to our government about it.

“So far they are not really listening because they don't listen to anyone,” said Joret.

Williams has warned that pursuing a free trade policy with such countries would result in British farmers being significantly undercut.

A recent report from Wageningen University in the Netherlands, produced by egg industry expert Peter van Horne, highlighted the importance of tariffs.

The report concluded that, without import levies, the EU's egg sector would be under serious threat.

In the EU, producers have to comply with regulations concerning environment, animal welfare and food safety.

Peter van Horne said in his report that the production costs of shell eggs produced in enriched cages in the EU in 2017 were, on average, 88 eurocents per kilogramme of eggs.

The costs in the Netherlands, France and Italy were about the EU average, he said.

However, United States representatives have suggested on a number of occasions that the UK would need to relax restrictions if it wanted to secure a post-Brexit free trade agreement with the US.

Washington has put that demand in writing in a document outlining its negotiating objectives for a transatlantic deal.

This document says that the UK must 'remove expeditiously unwarranted barriers that block the export of US food and agricultural products,' and that 'unjustified trade restrictions' must be removed in order to 'eliminate practices that unfairly decrease US market access opportunities.'