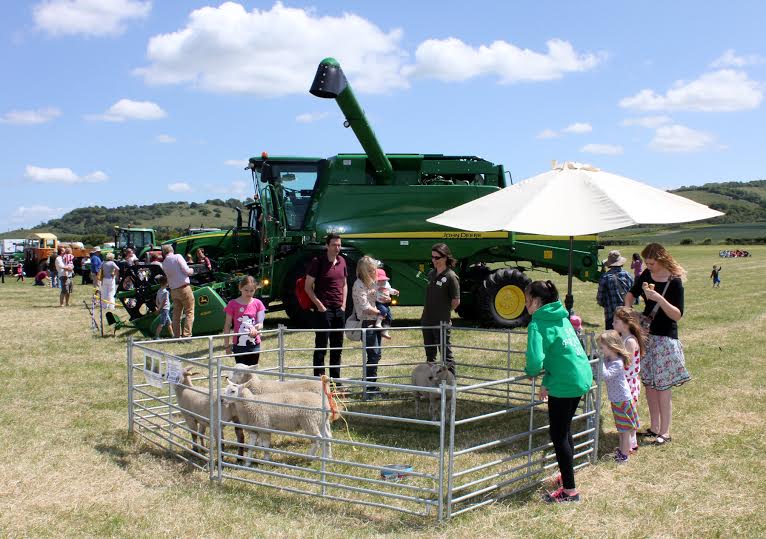 Open Farm Sunday, which was originally scheduled to take place in June but then postponed to September, has now been delayed until next year.

When the Covid-19 lockdown was enforced in March, the annual farming industry initiative was postponed from 7 June to 20 September.

But organisers LEAF have now said there 'continued to be many concerns' over hosting on-farm visits this year due to the pandemic.

"After careful consideration, taking into account farmer feedback, we have taken the decision to cancel all face to face on-farm LEAF Open Farm Sunday events this September

"We are all looking forward to welcoming the public back on farm next year on Sunday 13 June 2021," organisers LEAF said.

The group is now making plans to promote virtual farm tours on the weekend of 20 September.

"This will be an exciting opportunity to showcase the tail end of harvest, drilling and autumn calving alongside many other aspects of farm life which the public may never get the chance to see," it added.

“We would like to thank our LOFS sponsors for their understanding and continued support to showcase the best of British farming to the public across the UK and further afield.”

It comes as organisers of NSA Sheep 2020 recently confirmed the cancellation of this year's event due to ongoing Covid-19 concerns.

Elsewhere, the UK Dairy Day, which would have taken place on 16 September in Telford, has also been postponed until next year.