Council puts county farm back to auction amid backlash 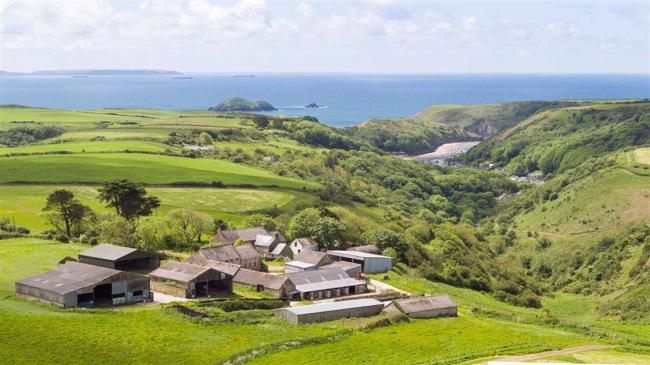 The Pembrokeshire county farm, located near Solva, dates back to the 14th century

Pembrokeshire County Council has announced that the historical Trecadwgan County Farm will go back to public auction despite backlash against the move.

Campaigners from Save Trecadwgan set up an online fundraiser last year to stop the farm's sale.

They were the successful bidder when the farm went to public auction last summer, securing the site with a bid of £650,000.

Instead of selling it to private hands, the campaigners want to turn the property into a community-run project for local people.

But in December, a partner of the group pulled out of the sale due to clauses in the contract designed to make more money from a development buyer, which were refused to be altered.

Pembrokeshire County Council announced on Wednesday (12 February) that the eleven-acre farm will go back to public auction, and will be sold to the highest bidder.

Save Trecadwgan has asked for more time to raise funds to purchase the farm, as other potential buyers eye the property up.

Local councillor Bob Kilmister said: “The council has, due to the statutory provisions, found itself in a difficult and time-consuming sales process.

“Therefore, to ensure that the sale process can be brought to a conclusion and ensure that all interested parties are given a fair and transparent opportunity to purchase the farm, the council has decided to sell the farm by way of a public auction.”