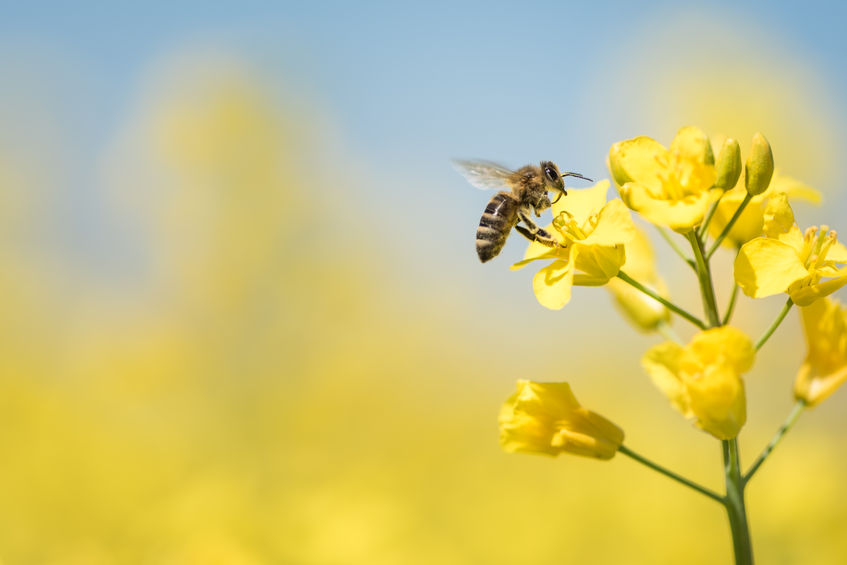 Four years ago, the EU restricted use of three neonicotinoids due to claims they harm pollinators
Sign in to add your own press release SIGN IN Register

EU countries are poised to vote on a proposal to introduce tougher restrictions on three neonicotinoids in the coming days.

Member states will meet at the European Commission on 12-13 December to propose an extension of the ban to all outdoor crops.

The Standing Committee on Plants, Animals, Food and Feed (Scopaff) will discuss the proposals, and Member States may be asked to vote.

Four years ago the EU restricted use of three neonicotinoids in the spring and on flowering crops, but this could now go even further.

France has already stated that it will go ahead with a neonicotinoid ban, which is set to go into effect in 2018.

And in a surprising turn, the UK government has overturned its previous convictions on neonicotinoids and now say and outright ban is neede due to their supposed harm to pollinators.

Speaking about neonicotinoids following a speech in the summer where he outlined his vision for a Green Brexit, Defra Secretary Michael Gove said new research had raised “profound concerns” and that he was contemplating the need for further restrictions on their use.

If proposals are approved by a majority of EU member states, a complete ban could be in place this year. The European Commission has cited a risk to bees as one of the reasons for the ban proposal.

However, the National Farmers' Union (NFU) said farmers across the country have already suffered heavy losses through oilseed rape crop damage following restrictions to the availability of neonicotinoids.

A recent survey of 400 arable farmers who all grow winter oilseed rape (OSR) reports that 8.3 per cent of the crop this year has failed, with one of the reasons for the failure being the ban on neonics.

And a study published by EU farming cooperative Copa & Cogeca using data from 6 countries shows that due to the ban on neonicotinoid seed treatments, there has been a 10% drop in the oilseeds area since 2013 and a rise in farmers costs and a cut in their incomes as no alternative products exists.

Max Schulman, Chairman of Copa and Cogeca Cereals Working Party, said: “Moreover, farmers have to use more spray on their fields to limit the impact of insect attacks. Overall, the increased production costs would force farmers to change their cropping systems.

“A ban would also contradict the development of precision farming which looks for targeted action at the right time.”

The NFU has said it will continue the fight for "evidence-based decisions" as conclusion day approaches.

But environmental campaign group Friends of the Earth (FoE) said there are alternatives to using neonicotinoids on arable crops.

FoE's Farming campaigner Sandra Bell said: “Plenty of farmers are successfully reducing their use of insecticides and finding solutions like encouraging natural predators – this is something the government should be doing far more to support.

“Evidence that neonicotinoids harm bees is now overwhelming. And because most of the chemical passes into the environment, not the crop, it can turn up in wildflowers to pose a further risk to our precious pollinators.

“The only way to fully protect bees from these neonicotinoids is through a full and permanent ban.”