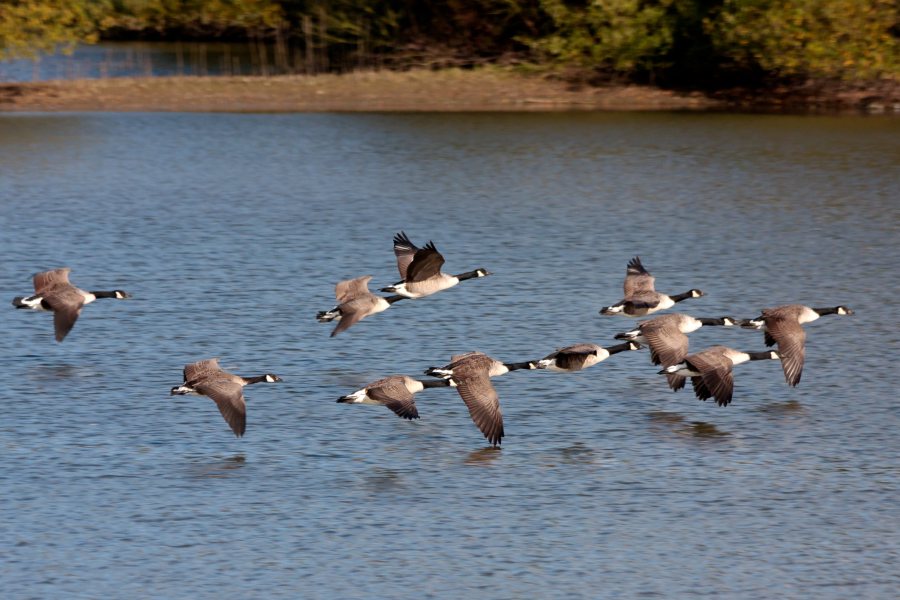 The government has set out a mitigation strategy to curb the impact of avian influenza on wild bird populations, as the UK's largest ever bird flu outbreak continues.

New practical guidance aims to support farmers, the public and environmental bodies to curb the growing threat of the virus to wild birds, working alongside the government to monitor the disease.

The advice includes [PDF] making natural areas safe for the public, such as adding signage warning visitors of the risk of bird flu and what they can do to protect themselves.

It sets out the government’s approach to monitoring the spread of avian influenza in wild birds and better understanding how the disease is distributed geographically and in which species.

The Animal and Plant Health Agency (APHA) has been operating a year-round surveillance programme across Britain in found dead wild birds, which allows researchers to better understand the latest strain and how it is spreading.

During the current outbreak, over 1,500 wild birds have returned positive results from over 360 locations and 61 different species.

An eight-strong research consortium was also launched by APHA, receiving £1.5m in funding to develop new strategies to tackle outbreak of avian influenza.

Defra Biosecurity Minister Lord Benyon said: “Our wild birds are facing exceptional pressures from avian flu this year and we have seen the tragic effect it has had – particularly on our seabird colonies.

"I very much share concerns about the impact avian influenza is likely to have on breeding populations of wild birds in the future, particularly those that nest in large numbers.

“We are funding a world leading science programme to try and better understand how avian influenza is spreading in wild birds and today’s guidance will help land managers manage some of the issues we are facing."

This year’s avian influenza outbreak has been the largest and longest ever on record in the UK, as well as in many parts of Europe.

Infections are continuing beyond the normal winter period, with ten cases of the virus confirmed across the country this month alone.

“We have suspended all seabird ringing and nest recording in Wales in response to confirmed cases of HPAI on Anglesey and in Ceredigion and on neighbouring Grassholm Island.

“Wales is home to the world’s largest colony of Manx shearwaters, the third largest gannet colony, as well as large colonies of other seabirds, such as auks, gulls and terns.

"We will continue to closely monitor the ongoing situation and urge anyone who sees a dead bird to report it and not to touch it.”