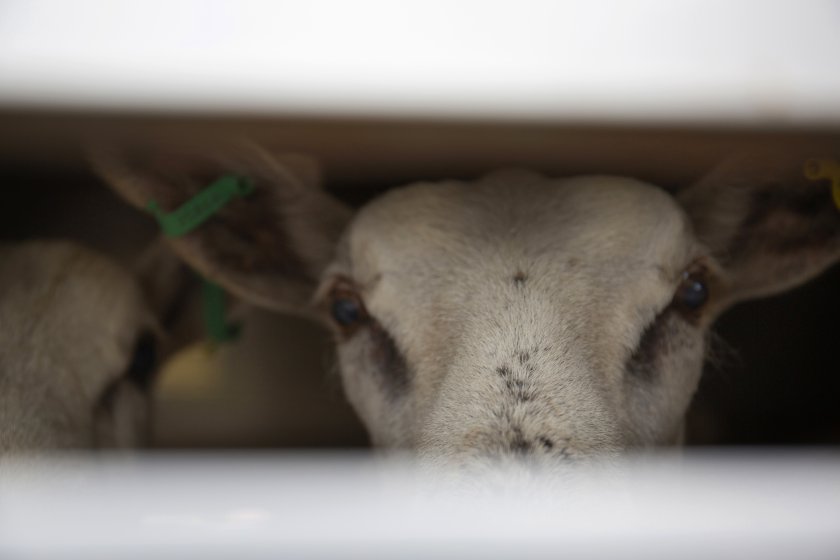 The government is launching an eight-week consultation on the plan

Plans to ban exports of live animals for slaughter have been unveiled by Defra today despite longstanding concerns by the livestock sector.

Defra Secretary George Eustice said the controversial ban could be in force by the end of next year.

But Mr Eustice said that leaving the bloc would 'strengthen the UK's position as a world leader on animal welfare'.

The plan forms part of an eight-week consultation, launched today (3 December) in England and Wales, which is seeking farmers' views.

Defra is also consulting on ways to enhance animal welfare in transport more generally, such as reduced maximum journey times and tighter rules for transporting live animals by sea.

Giving animals more space and headroom during transport will be looked at, and stricter rules on transporting animals in extreme temperatures.

According to internal figures, around 6,400 animals were transported from the UK directly to slaughter in continental Europe in 2018.

"Now that we have left the EU, we have an opportunity to end this unnecessary practice. We want to ensure that animals are spared stress prior to slaughter."

The RSPCA welcomed the announcement, saying a live export ban would be 'a landmark achievement for animal welfare.'

But the NFU said significant regulatory changes could 'potentially have a massive impact' on the UK food supply chain.

NFU livestock board chairman, Richard Findlay said: "The NFU has developed a solution to raise the standards for live exports for slaughter.

The Farmers' Union of Wales (FUW) said the move could 'cut off an essential lifeline' for sheep producers.

The group said it would be 'short sighted' to introduce a ban, as tariffs on meat exports to the EU might be introduced.

FUW President Glyn Roberts: “Given tariffs of around 50% of product value could apply on meat once we leave the EU, this would collapse the trade in sheepmeat exports, which currently represents around a third of Welsh lamb sales.

Animal welfare is a fully devolved matter, and the UK government is working with the Welsh government on this consultation.

Results will be shared with the Scottish government, with the aim of the government implementing similar rules across Great Britain.

But Scotland's Rural Economy Secretary Fergus Ewing has in the past said a live export ban would put Scottish agriculture 'at a disadvantage'.

“Let me be absolutely clear, this is one UK-wide framework the Scottish government will not be participating in," he said in response to a similar proposal in 2018.