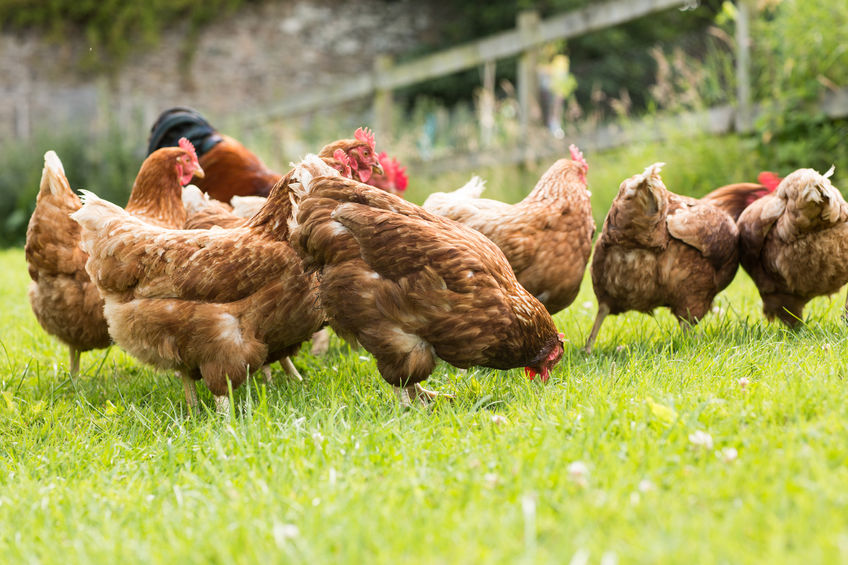 The report hailed the UK's progress, reporting that 60% of its 42 million laying hen flock is now cage-free

The egg industry is making 'massive strides' towards cage-free egg production, according to Compassion in World Farming's latest assessment.

The animal welfare group recently published its latest annual report into the progress of cage-free - EggTrack - and it says there has been big progress in the last year.

This was crowned by the European Commission vote in June to phase out cages for all farm animals across the continent by 2027.

“This historic decision was made in response to the End the Cage Age European Citizens’ Initiative (ECI) proudly spearheaded by Compassion in coalition with 170 NGOs, which received an unprecedented 1.4m signatures,” said CIWF chief executive Philip Lymbery.

The report also pointed to progress in the UK, reporting that nearly 60% of the UK’s 42 million bird laying hen flock was now cage-free - almost a 2% increase from 2019.

Since the report was compiled, the UK figures have improved further. Free range now officially accounts for nearly two thirds of egg production in the UK, according to Defra.

The continued growth of free range egg production comes just four years from the target date set by many leading retailers for ending the use of all cage eggs.

In the UK, all major retailers have committed to abandoning eggs from cages by 2025, with many leading food manufacturers, including Nestle, also making the pledge.

This year, some of the world’s biggest food companies joined in an initiative to boost supplies of cage-free egg product.

In the EggTrack report, Mr Lymbery said that 10 leading European food firms voiced their support for the End the Cage Age initiative by sending a joint letter to the EU Commission commending its aims and calling for caged systems for laying hens to be phased out.

Many of these same companies, including Nestlé, Barilla, and Unilever, were leading the way with their own commitments and transitions to cage-free production, he said.

CIWF said that, following the introduction of the British Egg Industry Council’s (BEIC) barn standard in 2019, many UK egg producers had started to transition away from enriched cages and were in the process of converting existing sheds.

Two of the largest egg producers, Noble Foods and LJ Fairburn and Son, had made cage-free commitments and others were responding to their customers by investing in higher welfare systems.

Compassion said that the pandemic had caused huge disruption in the UK egg industry over the past two years, with workforce issues and unavailability of materials such as bedding, feed and fuel.

However, the BEIC had reported egg sales soaring by 30 percent year-on-year and egg sales 20 percent higher than pre-pandemic levels.

One UK retailer was forced to import more from Europe to ensure availability, said Compassion. At the same time, there were reports of businesses supplying schools with thousands of surplus eggs.

Avian Influenza had also had an impact, and with all of these pressures combined, more companies were reporting a decrease in the percentage of cage-free eggs in their supply chain from last year.

This showed as a 3% decrease in UK company transitions this year, but these figures did not reflect the overall increased volumes of eggs sold. Ultimately, higher volumes of cage-free eggs were purchased than the year before, said CIWF.

The EggTrack authors said that companies still needed to address ingredient eggs - the “hidden” egg - as part of their cage-free commitments if the industry was to truly move away from caged production in the UK.

The big four retailers - Tesco, Sainsbury’s, Asda and Morrisons - all now had cage-free egg ingredient commitments, as did many other retailers and food service companies.

However, manufacturers were lagging behind, with leading companies such as Bakkavor and Dawn Foods both without public cage-free egg commitments, said CIWF.

“With only four years to go until the 2025 deadline, producers are heavily investing in converting to cage-free systems, and they need the support of their customers through this transition period,” said the report.

“Food companies should ensure they have clear, detailed roadmaps to achieving their commitments and that they communicate these timelines clearly to their suppliers to enable a smooth cage-free egg transition across the country.”

Mr Lymbery said that, whilst legislation was finally catching up with the industry move to cage-free production, it would be essential not only to guarantee that improved systems were adopted but also to “compel the laggards to go cage-free and ensure there is no backsliding across the industry.”

Support would be required in the form of government grants or incentives for higher welfare and future trade deals would need to create a fair and level playing field so as not to undermine positive national initiatives.

“In 2020 massive strides have doubtless been made,” he said, “But we cannot afford to take our collective foot off the pedal.”