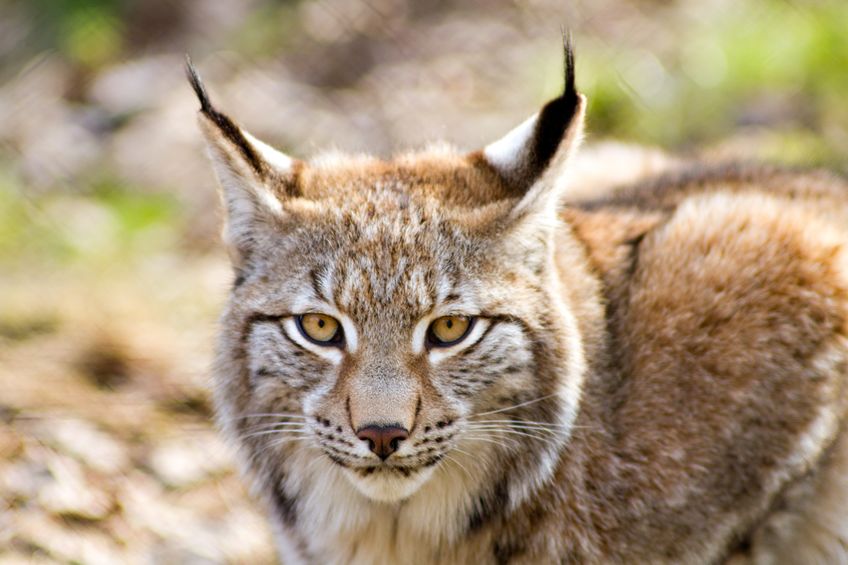 Free range egg producers and sheep farmers have reacted with alarm at the latest bid to re-introduce lynx to parts of the United Kingdom.

A year long study has been launched by a consortium of conservationists to see if the public would support reintroduction, with a view to releasing them within the next five years.

The project is being headed by the Vincent Wildlife Trust, Scotland: The Big Picture, and Trees for Life, and part funded by Danish billionaires Anders Poulson and Lisbet Rausing who own large estates in the Scottish Highlands.

The lynx is Europe’s largest native cat and became extinct in northern Britain more than 500 years ago as a result of habitat loss and hunting.

The prospect of its reintroduction has caused widespread concern from the farming industry regarding the implications for livestock, and free range producers could be at particular risk.

James Baxter, Chairman of the British Free Range Egg Producers Association (BFREPA) and a producer in Scotland, said lynx could have a similar impact to foxes.

“We would be greatly concerned that the reintroduction of lynx would provide yet another predator for free range producers to worry about," he added.

“The lynx is a predator that has not been in this country for hundreds of years; there is no telling how it might behave in the present day environment.

“Time and again we have seen these proposals for imminent reintroduction of lynx brought forward and thrown out having not come close to meeting the standards required for licencing.”

The project comes just three years after then-Defra secretary Michael Gove threw out proposals by the Lynx UK Trust to re-wild the lynx in Kielder Forest, Northumberland - one of the areas put forward in the latest attempts.

Mr Gove said that the application did not meet the necessary standards set out in the International Union for the Conservation of Nature (IUCN) guidelines.

NFU Scotland said it remained crystal clear that any attempt to reintroduce predators, such as lynx, were totally unacceptable to farmers.

The union's Land Use Committee Chairman, Angus MacFadyen, said: "The last three or four years have seen a long line of brazen and presumptuous claims about the imminent reintroduction of lynx, yet no local or political consensus has ever been secured.

"This latest survey in Scotland is unlikely to change that, given that farmers and livestock predation were not included in its launch release.”

The organisations leading the project claim that releasing lynx would help to curb the number of roe deer, allowing for the regeneration of natural woodlands.

However, Martin Kennedy, Vice President of NFU Scotland, made it clear that farmers' livestock were just as likely prey to the lynx as roe deer.

He explained that in Norway predators have been reintroduced and authorities have had to pay out compensation for 20,000 sheep lost to the new predator populations. The lynx accounts for more than 20% of those sheep killed.

Mr Kennedy said: “Predation of farmed livestock in Norway has reduced over the past decade – not because of fewer predators, but the fact that farmers have had to stop keeping livestock.

"The Norwegian NFU told us that around 1,000 farmers have given up in the last 10 years as they simply cannot carry on at the levels of predation”.

If the survey shows sufficient public support for the proposals then an application to release up to 40 lynx in the wild could be granted within the next five years.

This would be part of a pilot scheme based in the densely forested estates of the Cairngorms, most likely on the estate owned by the Danish tycoon Poulsen or the RSPB nature reserve at Abernethy.

However, NFU Scotland are keen to note that if the proposals were to go beyond the survey stage: “The process for securing permission for the pilot release is a long and complex process and any application will be subject to considerable analysis and debate.”

The Scottish government released a statement reassuring farmers, saying it had no plans to reintroduce lynx in Scotland.

"Any organisations looking to release large carnivores in Scotland would need a licence from NatureScot," the Scottish government said.

"Any application would be very carefully scrutinised, ensuring that the views of all those who would likely be affected were properly taken into account”.

There are also fears that lynx could illegally be released without a licence, which happened during the reintroduction of beavers to Knapdale Forest, in Argyll.

Although the released beavers were monitored and carefully tagged, the beavers spread rapidly after activists reportedly released animals illegally in the area.

Almost 90 beavers had to be shot under licence and eight months of licenced culling had to be undertaken in 2019 to tackle the problem.