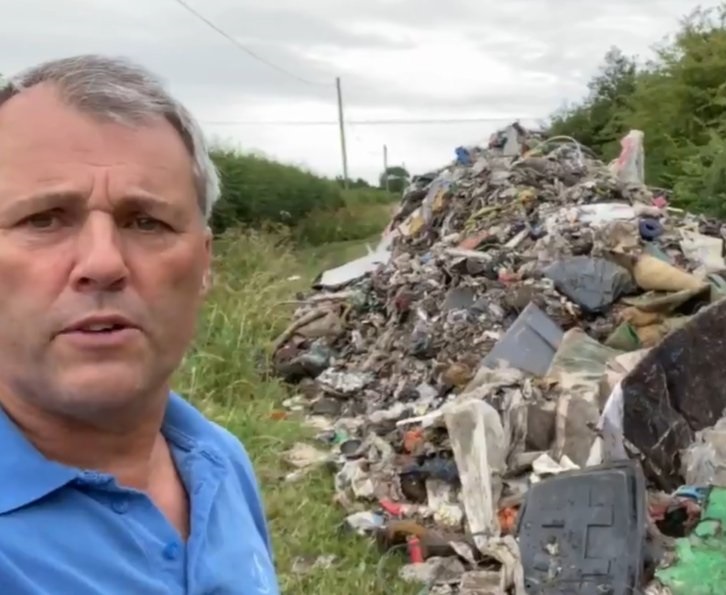 A Lincolnshire farmer has demanded tougher government action on flytippers after coming across 'three lorry loads' of waste dumped on his land.

Andrew Ward, who farms in Leadenham, came across 'commercial and industrial waste' on his farm track.

Speaking on Twitter via a video which has been retweeted over 700 times, Mr Ward said it was 'ridiculous' that farmers had to put up with waste crime.

He has now called on his local MP Dr Caroline Johnson and the wider government to issue tougher deterrents and action on flytippers.

I apologise for boring you with yet another fly tipping video, I’m getting fed up of posting them as much as you are viewing them but this latest one is on a different scale. My MP, @drcarolinej can we have some action please, does the gov realise or care about this? ?????? pic.twitter.com/WuGOHbUrI5

“This is on a huge scale, this is not your one man and a van who turns up to a house. This is probably three lorry loads of commercial industrial waste," Mr Ward said.

“This is blocking access to fields and it is just ridiculous we have to put up with this type of activity in the countryside.

"What is wrong with people? This stuff is blighting the countryside and then having to be disposed of."

He criticised the government for not understanding the extent of flytipping in the countryside.

"Tips should be open more and made easier for waste to be processed - household and commercial.”

The incident follows a viral video which shows the moment a smallholder confronted fly-tippers dumping waste in the countryside.

A recent BBC investigation into the issue of flytipping found that large-scale incidents of the crime in England have more than doubled in the last six years.