Fears rise over quality of imported grain into UK 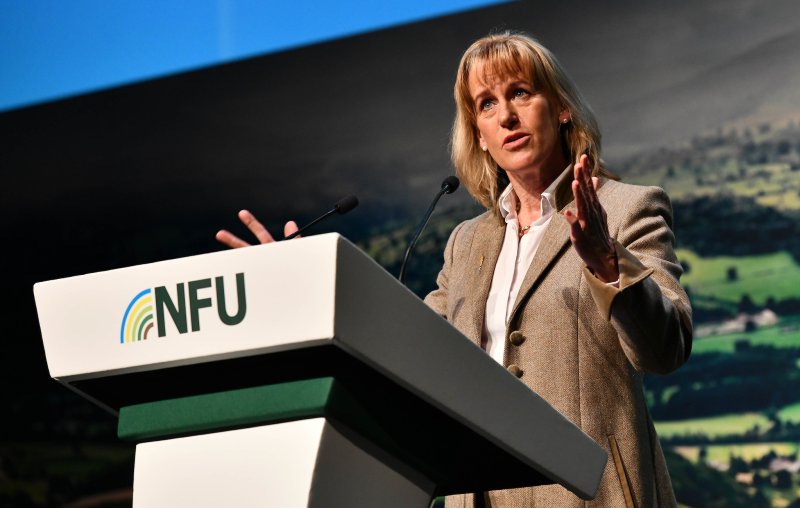 The NFU has warned there is a 'significant lack of information' on the standards of imported grain amid fears of lower-quality goods arriving in the UK post-Brexit.

Calls have been made for greater transparency on the standards of grain imports as the UK negotiates trade deals with the US and others.

Now farming leaders have warned that grain could be allowed into the country produced using chemicals illegal in the UK.

While UK grain producers are held to account by both regulatory standards and farm assurance standards, there is a lack of information about the standards to which imported grain is produced.

Over the past ten years, grain imports have almost doubled. The UK typically imports close to 4m tonnes of grain annually, dominated by wheat and maize.

But NFU President Minette Batters said that British farmers had 'no information' about how the products they were competing against had been produced.

"This has caused a serious knock in confidence for British grain producers," Mrs Batters said.

“As we embark on new trading opportunities around the world, it is essential that a level playing field is established."

Many farmers had also been 'struggling' to grow key crops since the ban of products like neonicotinoids and chlorothalonil, she noted.

And now farmers faced a 'double whammy' of a trade policy that allowed food which had been produced using the 'very products that are now illegal' in the UK.

"Yes, the domestic grain market needs imports to meet public demand, but transparency is crucial if we are to ensure producers aren’t undercut by sub-standard imports," the NFU president said.

“We also have to consider our climate change responsibility. British farmers are on the front line of climate change – much of this year’s crops have already been impacted by the extremes of severe flooding closely followed by the recent dry weather."

Transparency around food imports is the 'first step' to ensuring the UK does not undermine its ambition to be world leaders in nature-friendly food, Mrs Batters said.

“Considering the impacts of Covid-19 and the long term challenges of climate change, we must reflect on food supply both domestically and around the world.

"We want our farmers and the public to be confident that the food available on supermarket shelves has been produced to world-leading standards, no matter where it has come from.”

It comes as more than three quarters of a million people have signed the NFU’s petition on ensuring British food standards are kept in the event of any trade deal.