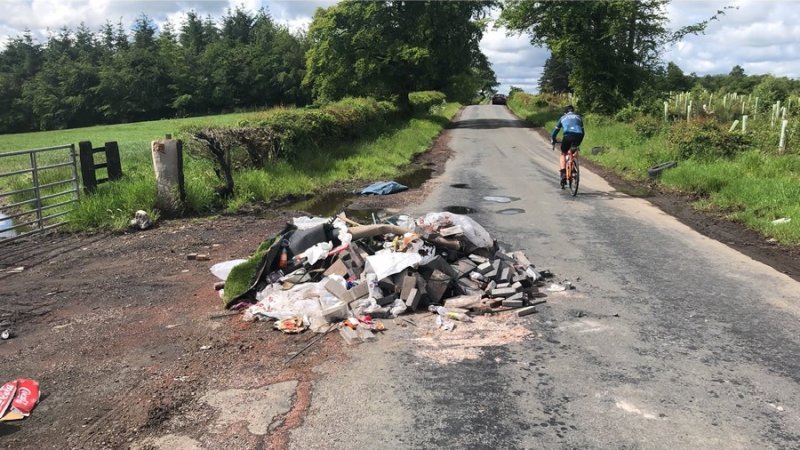 Incidents of fly-tipping have increased across the country, according to the latest government figures

A notorious fly-tipping gang who caused misery across rural Northamptonshire has been handed a hefty fine along with a county ban.

The sentencing on 12 October came after several hundred pieces of evidence were collected against them.

Despite being given community protection notices, prohibiting them from continuing their anti-social activities, the group reportedly ignored the demands.

They showed 'little remorse' when met by council officers, leading to a prosecution by North Northamptonshire Council (NNC).

The group, who did not attend their court hearing, were found guilty of breaching community protection notices and each defendant was ordered to pay just under £2,500 each in fines and costs.

Responding to the sentencing, Countryside Alliance praised the councils for their action and called on others around the country to follow suit.

"They show no regard for the communities and wildlife they subject to their selfish actions and all too often they go without suitable punishment," she explained.

"This outcome is somewhat of a rare breakthrough and it is incredibly encouraging to see a council pursue the case so thoroughly.

"Going after the businesses involved in fly-tipping is a challenge for authorities, but it shows that with perseverance, it can pay off."

The government’s most recent fly-tipping statistics revealed that while cases dealt with by councils rose by 2% to 976,000 in 2019-20, the number of enforcement actions, including fixed penalties, fell by 5% to 474,000.

In Northamptonshire, councils are offering farmers and landowners grants of up to £1,500 to help deal with the consequences of fly-tipping and waste crime.