Food standards hang in balance ahead of crucial Lords vote 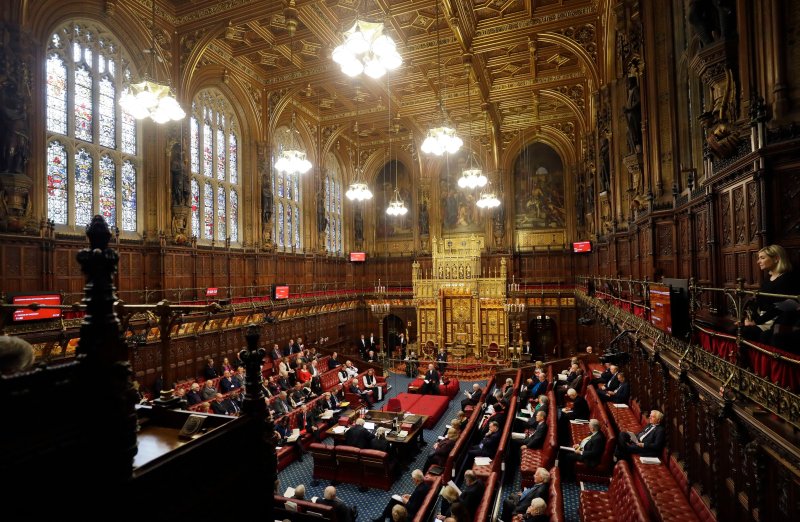 Farming groups have urged peers in the House of Lords to put pressure on the government to adopt proposals to safeguard British farming standards (Photo: Kirsty Wigglesworth/AP/Shutterstock)

The government has been urged to protect farmers' high standards as the House of Lords prepares to vote on crucial amendments to the agriculture bill today.

Peers are today (7 July) considering a number of amendments which would ensure British food and animal welfare standards were protected in any trade deal.

The key post-Brexit legislation has reached the House of Lords committee stage, which means peers will examine the bill line-by-line.

Critically, farming groups are backing an amendment to enshrine in law the government’s manifesto commitment that they would not accept imports of food products produced to lower welfare standards.

The industry was left disappointed when MPs in the House of Commons voted to reject this amendment in May, despite the government's earlier commitments.

It comes at a time when the UK is negotiating new trade deals with the US, Australia and Japan, all of whom have lower food and farming legal requirements than the UK.

Speaking ahead of the vote, the RSPCA said if standards weren't protected in trade deals, then 'lower welfare, cheaper-to-produce products' would enter the market.

Chris Sherwood, chief executive of the charity said: “If these amendments fail it sends an important message to the US that our own farmers can be undercut and spark a race to the bottom for animal welfare.

"And it isn’t only about the USA either - many other countries we’ll be negotiating with will have lower standards than the UK too."

Although the government has made promises in their manifesto that they will not negotiate animal welfare standards, this is not legally binding.

The UK inherits laws from the EU banning chlorine-washed chicken and hormone-fed beef but there is nothing to stop this legislation being amended in future.

This is despite RSPCA polling which shows that 67% of people are opposed to the import of food products produced to standards unlawful in the UK.

Mr Sherwood said: “A legally binding guarantee which protects our animal standards needs to be explicit in the agriculture bill.

"Ministers have repeatedly promised they will not sell out on our standards so there should be no reason not to commit this to law.”

"The principle of maintaining UK standards and protecting consumers, farmers and food producers from sub-standard imports has cross-party support," it said.

"If the public wants to help - a good way is to join our campaign to stop this madness.”

The government has, however, recently agreed to establish a trade standards commission to help inform post-Brexit agri trade policy.

The group, which could be made up of government officials, industry representatives, civil society groups and experts in food and farming, would issue recommendations on the UK’s future food trade policy.