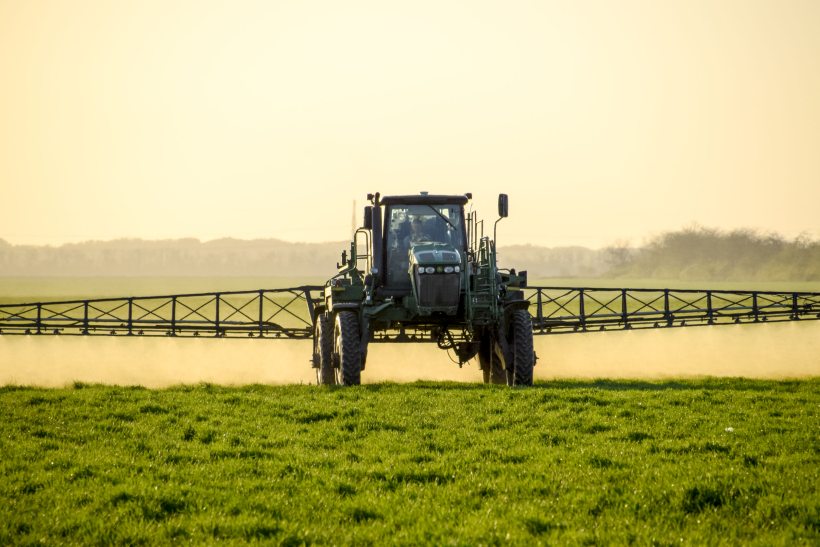 France has announced further restrictions on glyphosate in farming

The French government has announced restrictions on glyphosate in farming but stopped short of a full ban due to a lack of viable alternatives.

The Agency for Food, Environmental and Occupational Health and Safety (ANSES) announced on Friday 9 October new rules on where the weedkiller can be prohibited, and where it can't.

In 2017, the French government set out a commitment to phase out the use of glyphosate in a gradual manner by 2021.

A new update by ANSES confirmed the weedkiller will no longer be used in alleys between vines and fruit trees, or in crop fields that are ploughed.

The stricter conditions are to apply within six months for glyphosate products re-approved by the agency.

However, the herbicide will still be permitted for use under vines and trees where mechanical weeding is impractical or expensive.

It will also be allowed on arable farms that avoid ploughing to preserve soil fertility, the regulator explained in a statement.

The maximum amount of glyphosate authorised per year will be cut by 60% for orchards and crop fields, and 80% for vineyards.

The agency found that no commonly used alternative could be met in the short term without a substantial change in practices, leading to a 'major impact on activity'.

It follows an assessment undertaken by the regulator in 2018 on non-chemical alternatives to the herbicide.

The aim was to determine the uses for which it could be substituted by non-chemical alternatives and identify deadlock situations where no suitable alternatives were currently available.

The assessment focused on four main areas of use: viticulture, fruit trees, arable crops and forestry.

ANSES worked to identify the practical or economic drawbacks of alternatives to glyphosate.