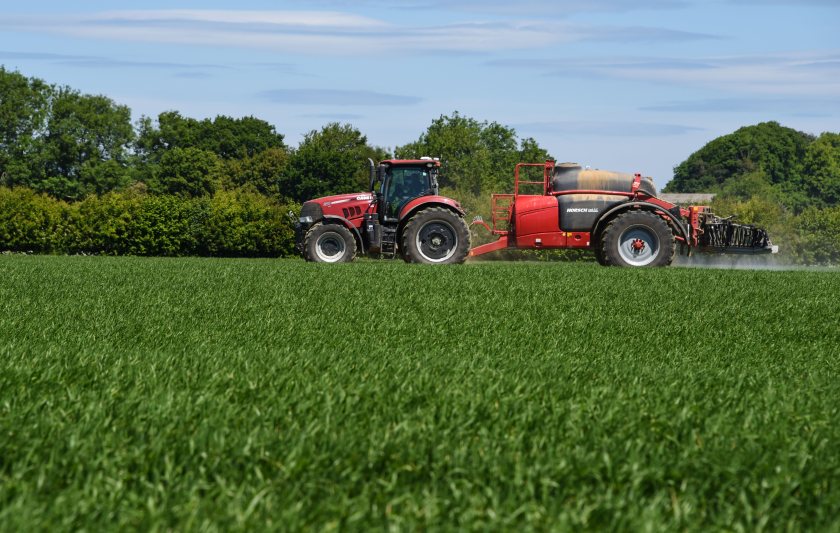 Fungicide performance data for a newly authorised wheat product – Univoq - has been released by the AHDB.

The fungicide, manufactured by Corteva Agriscience, was approved for sale and use in the UK in late March, offering protectant control on all septoria strains.

The product is the first new target site for septoria control registered in the United Kingdom for 15 years.

Based on a new mode of action, Univoq will help protect the long-term efficacy of key wheat fungicides and provide a valuable option for in-season disease control.

ADAS’ Jonathan Blake, who works on AHDB-funded fungicide performance trials said: “We test products under code so we can release the independent performance data once UK approval has been granted.

“Univoq has performed well in trials. Its novel mode of action means it adds value – not just in terms of its own efficacy, but in its ability to protect other chemistry.”

Authorised for use in wheat, Univoq contains fenpicoxamid in mixture with the established active prothioconazole.

Fenpicoxamid, also referred to as Inatreq, is a quinone inside inhibitor (QiI) – a new mode of action for cereal disease management.

This means it targets pathogens in a different way to azoles, SDHIs and strobilurins.

It could help improve the effective life of SDHIs and azoles, through its use in mixtures and in alternation in wheat fungicide programmes.

At present, only one QiI treatment is permitted across the programme.

Both these products appeared more effective than other leading mixture combinations when compared at the same % of label dose.

As with other products, higher application rates were needed when applied in curative, instead of protectant, situations.

On yellow rust, Univoq was more active than prothioconazole (in Proline275) alone, indicating that the fenpicoxamid component adds activity.

It also provided a similar level of control to the azole epoxiconazole - which will be withdrawn by the end of the year - and the SDHI/azole mixture Elatus Era.

Comparisons with other mixture products indicated that Univoq performed similarly on brown rust to Ascra Xpro, providing very good levels of control when used at 50% label rate and higher.