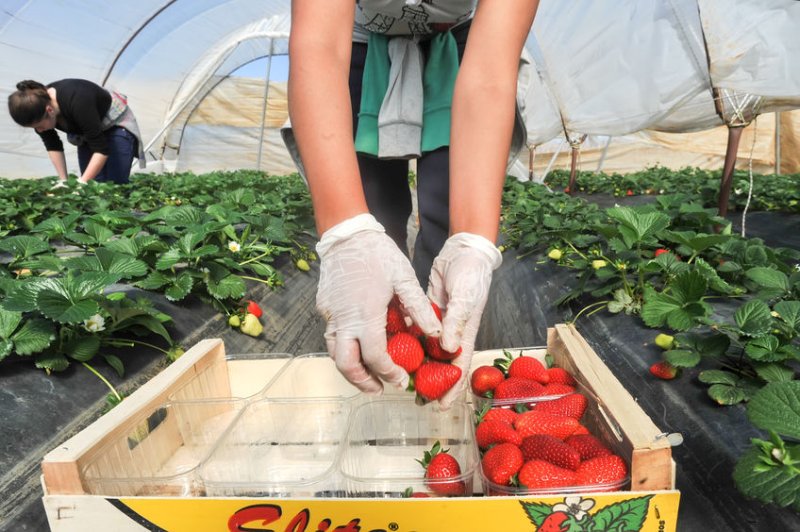 In the past three weeks, Cambridgeshire-based G's has offered 500 jobs to UK residents

G's Growers paid £40,000 to bring in 150 experienced Romanian farm workers to help British pickers get 'up to speed' with the job, it has been reported.

Anthony Gardiner, marketing director for Cambridgeshire-based G's, told The Daily Mail the situation was getting desperate due to the impact Covid-19 has had on international travel.

The firm, one of the UK's largest vegetable producers, has already hired 500 British workers to help pick crops on its farms.

But it needed to spend £40,000 on charter flights to bring in an experienced workforce from Romania to help newly-recruited Brits to 'comply with food and hygiene standards'.

The Romanian workers landed in London Stansted last week, and were bussed to sites around East Anglia.

Mr Gardiner said that for the first time since the 1980s, British farm workers would outnumber their foreign counterparts.

Speaking to MailOnline, he said the recruitment drive for much-needed agricultural labour is 'going really well' and will be 'ramped up' in the following weeks.

"We anticipate that 60 per cent of people we are bringing in are going to be UK-based residents – but you can't run a business on completely brand new people.

"You have got to have some people who are experienced and know what they are doing.

"They will help bring the newcomers up to pace and to comply with food hygiene and safety standards," he said.

G's hopes that two-thirds of its workforce for this year will be British, but experienced workers from eastern Europe are needed to help them learn, Mr Gardiner explained.

"It is not just picking. You need knowledge of food safety to do it properly."