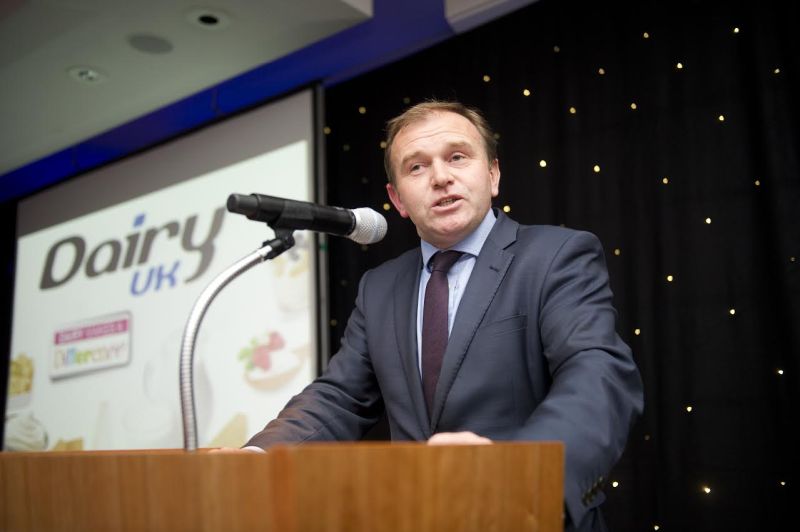 George Eustice, who comes from a farming background, is seen as a favourable appointment within the industry

George Eustice has been appointed the new Defra Secretary after years of experience in the department as farming minister.

Theresa Villiers was dropped from the role following a dramatic post-election cabinet reshuffle on Thursday (13 February).

Villiers, who had only held the post since July last year, confirmed on a Facebook post that she was asked by the prime minister to leave the role.

Replacing her is George Eustice, who has now become the seventh Environment Secretary since 2010.

He has stepped up from his previous role as minister of state for Agriculture, Fisheries and Food at Defra, a post he held for six years.

The MP for Camborne and Redruth was re-appointed to the department as part of Boris Johnson’s government in July 2019.

Before this, he resigned in February 2019 after then-Prime Minister Theresa May promised to allow MPs a vote on extending the Brexit date.

Eustice is seen by many in the industry to have an in-depth knowledge of the sector due to his farming background.

He grew up on a fruit farm in Cornwall. Today, his family still run the business, where they also have a herd of south Devon cattle and British Lop pigs.

More recently, he helped the Agriculture Bill clear its second reading in Parliament earlier this month.

He told Parliament: “For the first time in almost half a century, politicians in Westminster will have the freedom to press ahead with plans to develop a new agriculture policy that is fit for purpose in the 21st Century and delivers for British farmers and the environment.”

The NFU congratulated Eustice on his appointment, saying he is 'well-respected' within the community for his 'knowledge and understanding of farming'.

The union's president Minette Batters said his support will be 'crucial' as British farming faces new opportunities and challenges in life outside the EU.

“British farming is among the best in the world at producing safe, traceable and nutritious food and I look forward to working with the new Secretary of State to position British food and farming as a global leader in sustainable, high quality, climate-friendly food,” she said.

“I hope to welcome him on to my farm very soon to further discuss British farming’s potential as we start a life outside of the EU.”

The Country Land and Business Association (CLA) said in a statement: “We warmly welcome George Eustice to his role at this pivotal time for British agriculture. As a long-standing farming minister, he will know the scale of the challenge ahead.

“We will work closely with him to help achieve the full potential of the rural economy.”

The National Sheep Association (NSA) added: “NSA welcomes Mr Eustice to this new role and we hope to continue our strong working relationship with him as agricultural policy evolves in the future as we enter into new farming support schemes and trade arrangements.”