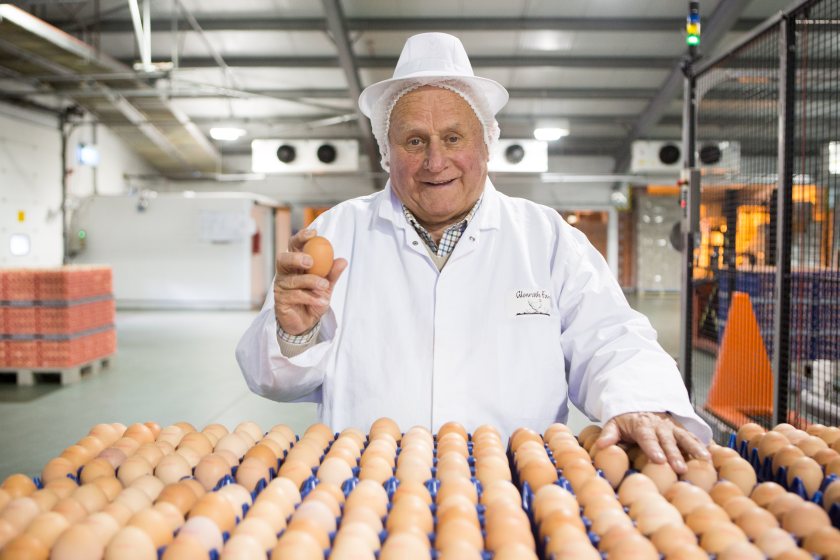 The chairman of Glenrath Farms is the latest figure to warn that the egg industry is being hit by increased costs, despite his company reporting a 40% increase in pre-tax profits for the last financial year.

Sir John had previously warned of uncertainties facing the industry, and the British Free Range Egg Producers’ Association (BFREPA) has been warning that producers need an extra 40 pence per dozen on the egg price to cover rising costs.

It has warned of egg shortages by the end of the year if producers cannot recover their increasing input costs.

Glenrath Farms reported profits before tax of £5.1m for the year to the end of May 2021 - an increase of 41%t on the pre-tax profits of £3.6m for the previous 12-month period - but Sir John warned of difficulties for the egg industry.

“The UK egg industry is facing challenges at the present time and we at Glenrath are adapting as quickly as possible,” he said in his annual report.

“Despite the large investment continuing to be made by the group in meeting our customer demands, we have remained profitable throughout.

"The results for the year have been achieved by adopting a prudent management approach and cost savings achieved throughout the group.

"Covid-19 restrictions made eggs very scarce, compounded by Brexit, with imports being greatly reduced into the wholesale market.”

Avian influenza has been a growing threat to the industry, with widespread outbreaks over the last winter and layer flocks losing their free range status following a lengthy housing order.

Glenrath has not been immune from the threat of AI. “We suffered an outbreak of avian influenza within the company in the previous year and have subsequently increased biosecurity, taking all possible precautions to prevent this happening again,” said Sir John.

In his 2019 report, he spoke about the company’s heavy investment in converting its enriched cage production. He said he expected retailers to go cage-free ahead of the 2025 deadline they had set themselves.

In his 2020 report he said investment in conversion was continuing: “The sale of colony egg in the UK continues to decrease. This has now reduced to less than 20 per cent of our supermarket sales and continues to decline.

“I forecast that major retailers will cease to sell colony eggs to customers before the impending deadline of 2025.

“With demand for colony eggs continuing to reduce, we have accelerated our conversion programme whereby the former colony production facilities are being converted to barn production in our large modern poultry houses, even though some supermarkets have discontinued selling barn eggs.”

In his latest report for 2021 he reaffirmed his belief that major retailers would end colony egg sales ahead of their self-imposed 2025 deadline.

“We have accelerated our conversion programme whereby the former colony production facilities are being converted to barn production in our large modern poultry houses, even though some retailers have discontinued selling barn eggs.

"We are of the view that our principal customers will continue to operate within this sector of the market and, whilst the conversion costs are considerable, we believe our sound judgement will help us to manage this delicate and challenging situation.”

He said that demand for free range eggs in the UK was still rising and Glenrath planned to expand free range production still further. The company had also invested heavily in robotic machinery and would continue to do so, he said.

“We continue to operate in a very competitive market that is saturated with too many packers chasing fewer customers,” said Sir John.

Despite his warnings about the market, Glenrath Farms was one of the companies to secure a new five-year-supply contract with Britain’s biggest supermarket group, Tesco, recently.

The long-term contracts would mean Tesco continued to stock 100 per cent British shell eggs, while helping to provide UK egg farmers with the confidence to invest and plan for the future, said Tesco.

Ian Campbell, managing director, of Glenrath Farms, was quoted as saying: “Glenrath Farms have supplied Tesco for over 30 years, and we have a superb working relationship with them. Like many other suppliers we are currently facing unprecedented challenges due to inflation.

“Ten years ago Tesco introduced a cost of production and feed model to make supplier costs transparent and fair to both supplier and buyer.

"These models have given Glenrath a fair and up to date price for their product. This in turn has given our company the confidence to invest in the future."

Glenrath’s 2021 accounts showed that the company’s turnover increased to £57.9 million from £53.1 million the previous year.