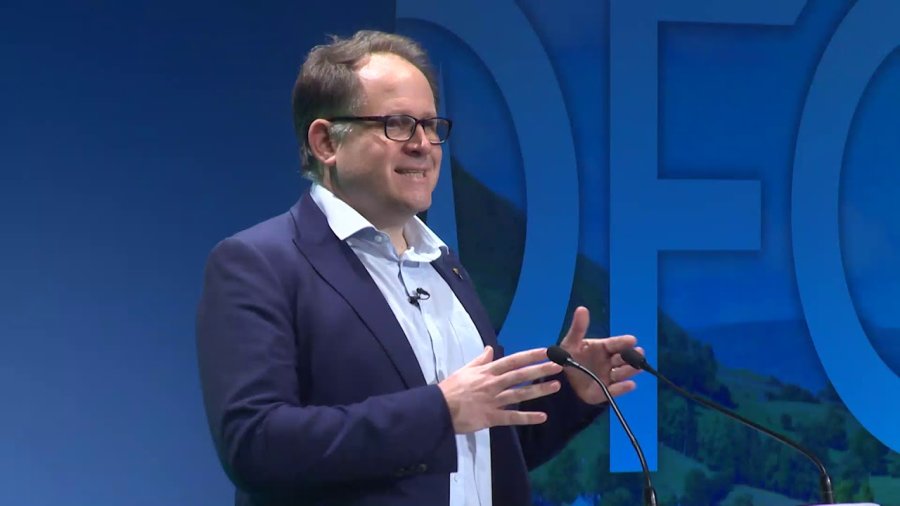 The businessman has criticised the government for rejecting his advice on trade deals (Photo: OFC)

Henry Dimbleby has described the UK-New Zealand trade deal announcement as 'disappointing' and slammed the UK government for 'ignoring his advice'.

The businessman, who led Defra's National Food Strategy, criticised the government for rejecting his advice to ensure trade deals do not allow cheap, lower-quality imports into the UK.

His reaction followed the government’s announcement of an ‘agreement in principle’ on a free trade agreement (FTA) with New Zealand.

Speaking at the Soil Association Certification Organic Trade Conference held on 21 October, Mr Dimbleby said UK food standards must be protected 'before it's too late'.

“One thing risks destroying the whole transformation is trade, and that is getting trade right," the businessman said.

"There is no point in creating a food and farming system here that looks after animals, sequesters carbon, and supports biodiversity, if overseas products on our shelves don’t do the same.

"It is a disappointing day – the government has clearly rejected my advice. Australia and NZ are the edge of the problem - Brazil and the US are huge problems."

He added: “We need to pray the Prime Minister and Secretary for State live up to their election manifesto to protect food standards before it’s too late.”

Speaking about the kind of food and farming that government should be looking towards, Mr Dimbleby said: “We need a mix of extensively farmed areas, more sustainable, more high yielding regenerative farming, reductions in pesticides and semi-natural land."

At the same event, former Conservative Agriculture Minister and Chair of the Climate Change Committee, Lord Deben, said the UK-NZ deal was a 'disgrace'.

“It is not acceptable and it is completely at odds with everything the government has promised to do to safeguard our farmers and protect UK consumers.

"We are looking for sustainability not unsustainable trade deals," Lord Deben said at the event.

He also called for clarity from the government on what farmers need to do saying that ELMS was "too vague, lacked substance and was ducking the chance to achieve clarity.”

He added that the problem in the UK was that politicians and the public knew very little about farming, unlike in other countries like France, and that they were too removed from the countryside.

“We need to improve our understanding of farming, the countryside and how the climate and weather impacts farmers," he said.