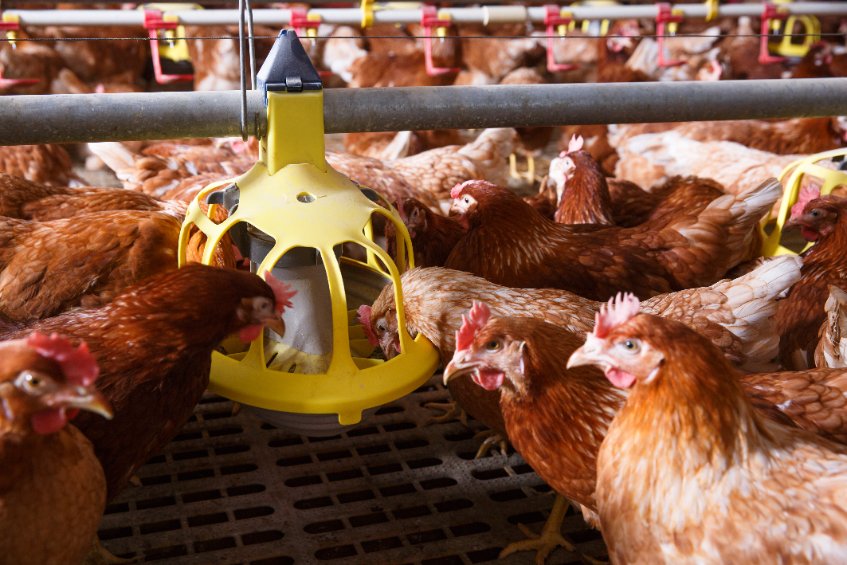 Highly pathogenic bird flu has been confirmed on a farm in Herefordshire, making it the third case of avian influenza affecting poultry or kept birds in the UK so far this year.

The government confirmed on Wednesday (11 November) that the H5N8 strain was detected in broiler breeder chickens at a premises near Leominster.

A 3km (Area A) and 10km (Area B) Temporary Control Zone have been put in place around the infected premises.

It follows the discovery of the same strain in three wild birds - a Canada Goose and two Greylag Geese - near Stroud, Gloucestershire on Tuesday.

The Animal and Plant Health Agency (APHA) is now investigating whether these latest cases are related to the last week's highly-pathogenic H5N8 outbreak in broiler breeder chickens in Cheshire.

APHA did confirm, however, that the cases are unrelated to the outbreak of low-pathogenic H5N2 strain of bird flu in Kent.

Due to the recent increase in cases, the government has raised the risk level for avian influenza in wild birds from 'medium' to 'high'.

The risk level for the disease being introduced to poultry premises in Britain was also raised from ‘low’ to ‘medium’.

APHA said in a statement: "If you find dead wild waterfowl (swans, geese or ducks) or other dead wild birds, such as gulls or birds of prey, you should report them to the Defra helpline 03459 33 55 77.

"The risk of introduction to individual premises depends upon the level of biosecurity implemented on a premises to prevent direct or indirect contact with wild birds.

"We’re taking immediate and robust action and an investigation is underway to understand the origin of the disease.

"Public Health England advises that the risk to the public’s health is very low."

It comes as the European Centre for Disease Prevention and Control (ECDC) urged European countries to ramp up farm biosecurity and wild bird testing.

"When HPAI was detected in the same area of Russia in the summers of 2005 and 2016, epidemics followed in northern and eastern Europe."

Bird flu is a notifiable animal disease. If you suspect any type of bird flu in poultry or captive birds you must report it immediately by calling the Defra Rural Services Helpline on 03000 200 301.