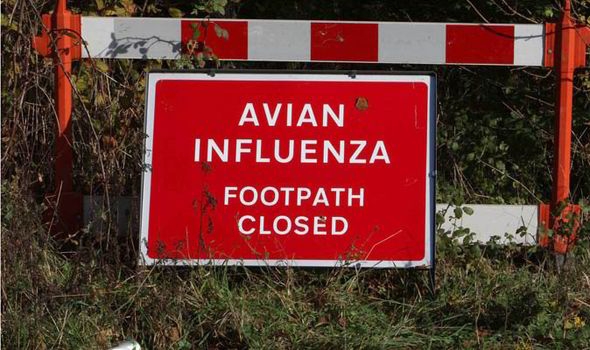 A small poultry farm in Kent has been ordered by the government to slaughter a flock of birds after the discovery of low-pathogenic H5N2 strain of bird flu.

All 480 birds on-site will be humanely culled to limit the spread of the disease, Defra announced on Monday (2 November).

A 1km temporary movement restriction zone has also been introduced around the premises, which is located near the town of Deal, Dover District.

"The UK government has decided to slaughter the flock... and declare a 1km temporary movement restriction zone for captive birds," Defra said.

"A detailed investigation is in progress to determine the most likely source of this outbreak."

Based on current understanding, Public Health England advises that the risk to the public’s health is very low.

The Food Standards Agency adds that avian influenza does not pose a food safety risk for UK consumers.

It comes as the government raised the risk of bird flu occurring in the UK to 'medium' in wild birds, and 'low' in poultry, provided there is a good standard of biosecurity.

This is because the wild bird migration season is underway, and as winter approaches the government fears there will be an increasing risk from bird flu in the UK.

Defra and the Animal and Plant Health Agency (APHA) said they were monitoring the situation to assess the risk to the UK poultry.

"If you keep poultry (including game birds or as pets), you should follow our biosecurity best practice advice," both departments said.

"You should remain vigilant for any signs of disease in your flock and report any sign of avian influenza to Defra Rural Services Helpline on 03000 200 301.

This was dealt with by authorities, and the UK declared itself free from avian influenza in June 2020.