Impact of summer heatwave on farmers will be felt ‘for months’ 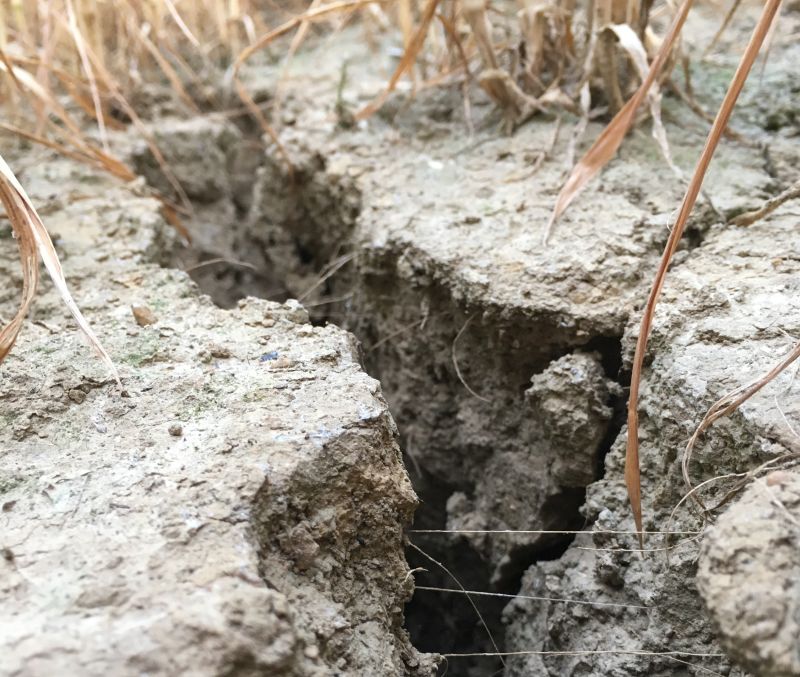 The impact of the summer heatwave on livestock and growers will be felt “for months to come”.

According to a leading agronomist from the Royal Agricultural University, the 2018 heatwave will have “long-term consequences” for crops and livestock nutrition with farmers having to reach into winter reserves of food and forage.

The most important months for crop growth in the United Kingdom are May to August as temperatures, day length and weather are normally optimal for plant growth.

But water has been scarce this summer, leading to slow growth rates for crop coupled with reduced productivity levels.

Dr Nicola Cannon, Principal Lecturer in Agronomy at the Royal Agricultural University (RAU) explained: “Some stressed cereal plants like spring barley can have almost pink straw which is thought to be a result of drought stress on the leaves during growing conditions.

“Many plants have been hit particularly hard by the hot dry weather whilst some deeper rooted plants have fared a bit better. Arable crops are generally being reported as about 20% down on normal yields,” she said.

Many farmers with livestock on their farm are also struggling as there is insufficient grass and forage currently growing to meet their nutritional requirements.

Dr Cannon said this has “serious implications” due to the extra job of feeding livestock food that was being preserved for winter feeding.

“This is creating uncertainty about what livestock will eat later in the year,” she said.

“Not only this, but grass and other forage crops have had very limited regrowth following first silage cut meaning there is little available to take subsequent cuts to store for winter feed.”

Whilst most of the arable crops for 2018 have now completed the majority of their growing and have either already been harvested or are ripening up for harvest, fruit and vegetable growers are suffering.

Water for irrigation has almost run out and temperatures have been so high in the day that it can be difficult to apply water without damaging the plants.

“Harvest is earlier than usual as crops died off prematurely due to water stress,” Dr Cannon explained.

“Oilseeds and grains have been harvested at very low moisture contents, and so have not required drying, but this means that farmers have lower yields to sell as there is less water retained in the crop.

She added: “There are some crops which are better adapted to these hot dry conditions including maize and miscanthus (elephant grass used for biofuel) as they can carry on photosynthesising even in hot conditions.”

A major challenge for UK farmers is not knowing what the weather will be like around the corner.

For example, in 2017 conditions were dry throughout April and early May which caused problems with spring sown crops, but then it was particularly wet in August.

“This year has thrown up completely different challenges with extremely cold weather, including the ’beast from the east’ during the first few months and a very late spring,” Dr Cannon said.

“Many farmers could not start planting spring crops until early May and from almost this period it has been very dry and hot meaning that growth has been limited.

“It’s now time to look ahead to the 2019 harvest and the first fields of oilseed rape would normally be planted from 15 August. However, where soils are so dry it can require greater quantities of fuel and power to cultivate the soil and there is such limited moisture in the soil that any seed planted is unlikely to germinate quickly.

She added: “That means it is more prone to pest problems, often has reduced vigour and uneven establishment - if it can establish at all.”