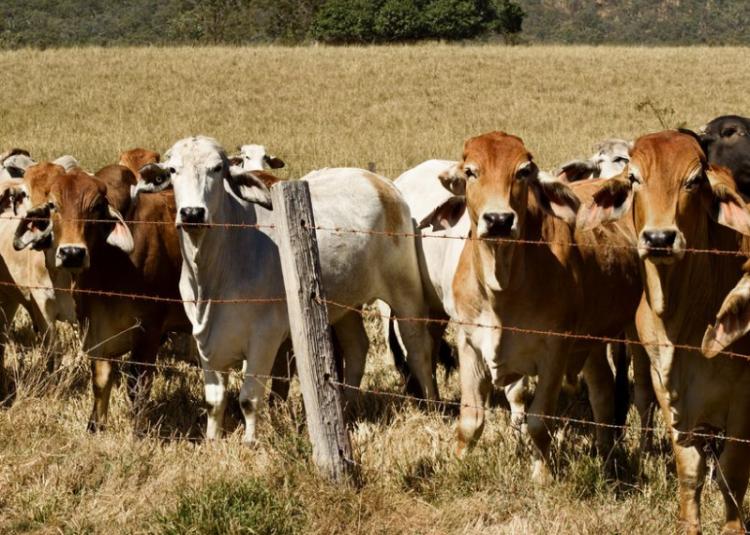 All proposed trade agreements should be assessed for their impact on food safety, the environment, human rights and animal welfare, the report says

Tariffs should only be cut on imported food products which meet the UK's 'core standards', according to an independent review of UK food policy.

Leaving the EU gives the UK a 'once-in-a-lifetime opportunity' to reshape its food system, part one of the National Food Strategy says.

The UK should use a series of verification programmes - such as those in the US - which enables American farmers to sell non-hormone-treated beef to the EU.

It calls for the UK to establish a system of importing food that protects the environment and animal welfare and mitigates climate change.

These certification schemes should cover concerns where the impact of particular goods are severe, for example, beef reared on land recently cleared of rainforest.

The government's strategy, commissioned in 2019, looks to design a system which delivers safe and affordable food for the public.

"We should use that freedom to decide that we want to uphold standards," Mr Dimbleby said.

"And the government should be confident of scrutiny on the trade deals that it is doing."

The 110-page report calls for a sustainable food system based upon diversity, which includes organic farms and solar-powered greenhouses.

Cutting-edge technology such as weed-picking robots and blight-spotting drones should also be invested in.

Elsewhere, the government's new Environmental Land Management (ELM) Scheme, which would pay farmers £2.4bn a year to boost the environment, should be pressed ahead.

Responding to the report, NFU president Minette Batters said the government must ensure" standards are not undermined so that our farmers can continue producing high quality, sustainable food".

The second part of the National Food Strategy will be published in 2021, and will examine issues such as climate change and biodiversity.