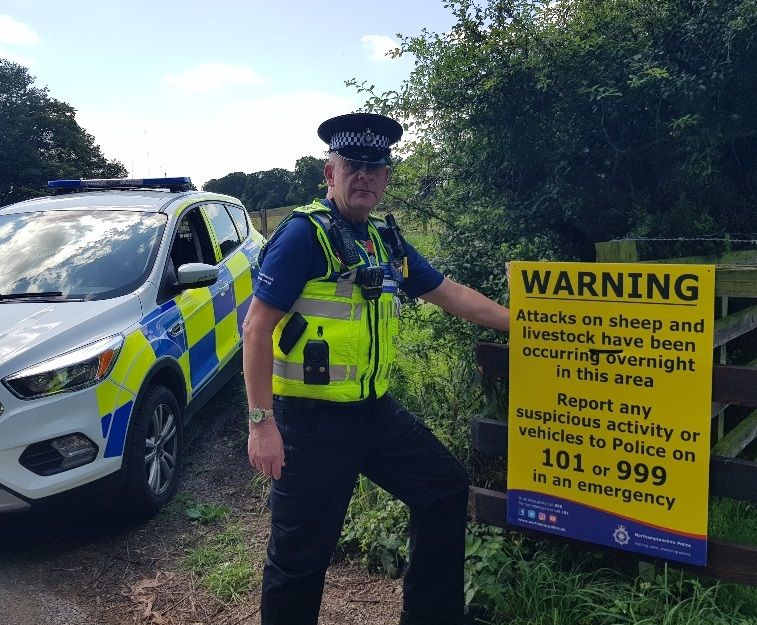 Two men have been arrested as part of a police investigation into illegal sheep butchery in Northamptonshire.

Officers responding to a report of suspicious activity in a field near Welford on Sunday October 6.

They discovered an offence in progress and went on to stop a vehicle on the A14 shortly after 1am on Monday morning.

The two men were arrested on suspicion of theft and criminal damage.

The stopped vehicle was seized by officers and will undergo forensic examination.

The latest incident is being investigated by Northamptonshire Police's Operation Stock, which focuses purely on illegal butchery and sheep theft.

It comes as the county has experienced a spate of sheep slaughters which has shocked the local farming community.

Last month, 25 sheep were found slaughtered in a field near Thornby, and eleven lambs were found butchered in August near Whilton.

Officers have arrested two other people in connection with illegal butchery, but no one has been charged.

A 39-year-old man was arrested in August following the recent theft of 65 sheep.

Since February 2019, Northamptonshire Police has received the following reports of lambs and sheep being killed and butchered in the county: