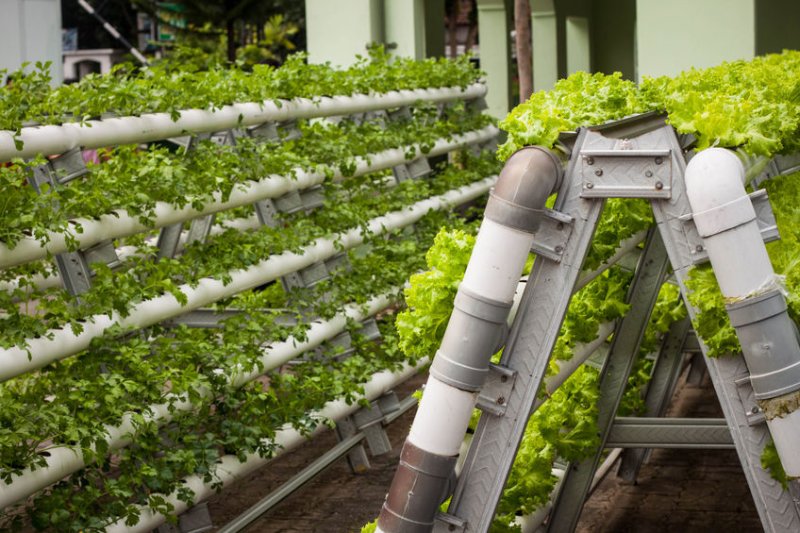 Scientists say further research should be undertaken to determine the viability of vertical farming as 'little information' is available on pest and disease management.

New methods of food production - including vertical farming - have offered hope for optimising the productivity of agriculture as the world population continues to grow.

But scientists warn there is currently insufficient information on the cons of adopting this novel approach to farming.

Vertical farming is the practice of growing crops indoors in stacked layers, using specially designed beds and trays, often in conjunction with soil-free growing techniques, the use of artificial lighting, and climate control.

This means that crop production is less weather dependent and has the potential to use less water, land and pesticides.

They have recommended that further research be undertaken to fully determine the viability of the system for use in supplementing or supplanting current conventional crop production approaches.

Dr Joe Roberts and Professor Toby Bruce conducted the review alongside colleagues from Harper Adams University to offer a scientific perspective on the pros and cons of this new method of intensive farming.

Their findings, published in the journal Annals of Applied Biology, highlighted factors that need to be considered when implementing it, particularly plant density, lighting systems, and controlling the spread of insects and disease throughout crops.

The researchers also highlighted the importance of further investigation into the benefits and drawbacks of this type of farming, particularly considering previous press reports claiming that vertical farming presents a pest or disease risk of nearly zero.

Dr Roberts said: “Vertical farming is certainly an interesting approach to crop production, but we believe further research is required to understand how best to protect crops grown in these systems from pests and diseases as there is little information available.

“Like many other technology-based industries, this is an area with a lot of entrepreneurial interest and investment, but it would benefit from increased independent research and standardisation in production methods to fully determine its potential.”

It comes as agri start-up Shockingly Fresh announced plans last month to roll out 40 indoor farms UK-wide in the next five years.