MPs call out 'unacceptable delays' to visas for farm workers 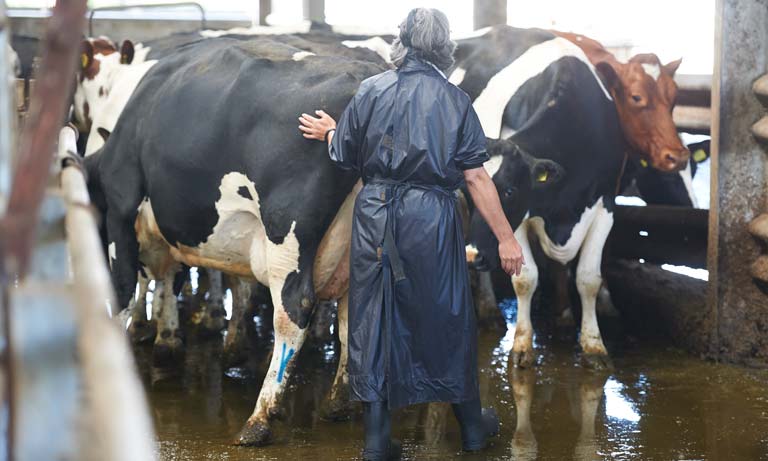 MPs warn that farmers have been 'placed at the bottom' of the government's priorities list (Photo: BVA)

MPs have warned of 'unnecessary and costly uncertainty' facing farmers due to the government's severely delayed Seasonal Workers Pilot announcements.

'Unacceptable delays' have placed British producers 'at the bottom of government's priorities list', the cross-party EFRA Committee has warned today (14 May).

MPs remain concerned that Britain’s food supply chain may not be able to secure sufficient labour for summer 2021 under the government’s new immigration policy.

The committee expressed disappointment in its 'last-minute approach' to finalising the details of its recruitment scheme for overseas seasonal workers.

The government only announced the final two of four operators for its Seasonal Workers Pilot on 5 May.

But as peak harvesting season approaches, there is concern about the tight timeframe left for farms to recruit labour overseas and supply staff to those who need them.

The group of MPs repeated their call for the Seasonal Worker Pilot scheme to be broadened to include other agricultural sectors beyond edible horticulture.

The committee also raised worry about recent evidence of shortages of skilled workers, especially Official Veterinarians (OVs) working in abattoirs, as over 9 in 10 of these key workers are EEA-qualified.

Neil Parish MP, chairman of the EFRA committee, warned that British growers had been 'placed at the bottom' of the Home Office's priorities list.

"It is now May, with peak harvesting season almost upon us, and yet the Government has only just appointed the final two operators for the Seasonal Workers Pilot.

"Despite last year’s ‘Pick for Britain’ pilot scheme, our report made it clear that overseas labour is still very much needed, and the government’s efforts to recruit more domestic labour cannot hope to be sufficient for this summer’s harvest.

"As the reports of daffodils going unpicked this spring made clear the need also goes well beyond just edible horticulture."

He added: "There can be no excuse for further hold-ups- the Home Office need to start listening to the agricultural sector now to minimise the impact on British farmers.”

The committee’s report also called on the government to closely monitor the impact of its new immigration policy on the supply of skilled workers.

However, despite the government's assurance of 'diligent' work on ensuring the supply of such workers, the committee noted the recent evidence of OV capacity shortage in abattoirs.

Although registration standards have been temporarily lowered as a short-term solution, the government has not said how it intends to fill these jobs in the long term.