MPs to 'urgently find solution' to farmers' concerns over standards 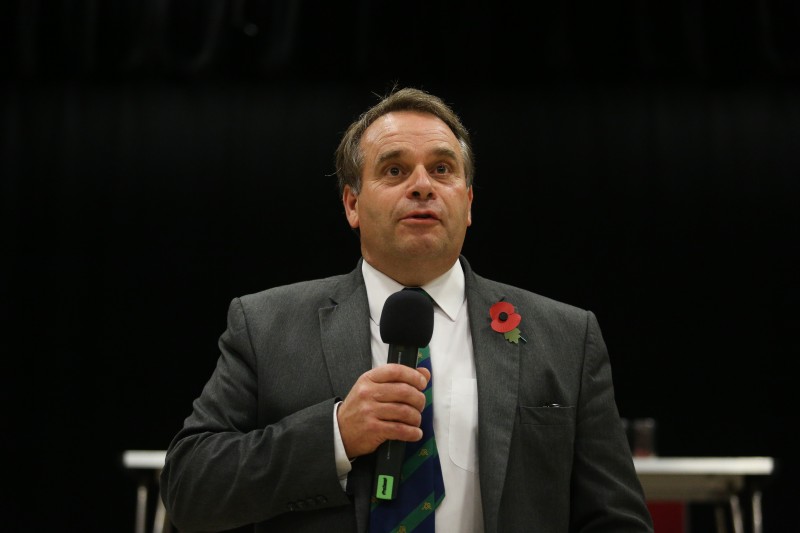 Neil Parish, who heads the EFRA Committee, said MPs want to 'urgently find a solution' which will reassure farmers and the public

Top industry figures will come under parliamentary scrutiny next week as MPs look at ways to reassure farmers over lower-standard food imports in any future trade deal.

The government has frequently stated that the UK will not compromise on high standards of food safety and animal welfare in future trade agreements.

A new Department for International Trade report on the UK's approach to trade talks with the US states that any agreement 'will ensure high standards and protections for consumers and workers'.

While industry groups have welcomed such pledges, the NFU said farmers still need a legal commitment as the government has in the past given off mixed signals on the issue.

Defra Secretary George Eustice recently refused to give a cast-iron guarantee that the UK will not import chlorinated chicken under any trade deal with the US.

And leaked trade documents between the two countries show that the US tried to push the UK away from the EU's food safety standards.

Responding to these concerns, the Environment, Food and Rural Affairs Select Committee (EFRA) is to take evidence from senior representatives from the agriculture, animal welfare and trade sectors on Wednesday 11 March.

Areas likely to be considered include consideration of production standards under the WTO and GATT, the extent to which international standards currently compare to the UK's, the efficacy of tariffs, the impact on food security, and the impact of policy changes on both farmers and consumers.

This led to a cross party amendment ensuring that food products imported as part of any future trade deal meet or exceed British standards relating to production, animal welfare and the environment.

Neil Parish, Chair of EFRA, said: "As the government enters crucial trade negotiations with countries across the globe, it's imperative that UK consumers and food producers have the right protections in place.

"With the Agriculture Bill making its way through parliament, the committee is committed to urgently finding a solution which will reassure the public and our farmers."

It comes as the NFU's President Minette Batters recently highlighted how farmers are frustrated at the mixed messages coming out of government over food and farming standards.

She said any drop in standards would be "insane" when she addressed the union's annual conference in Birmingham on 25 February.