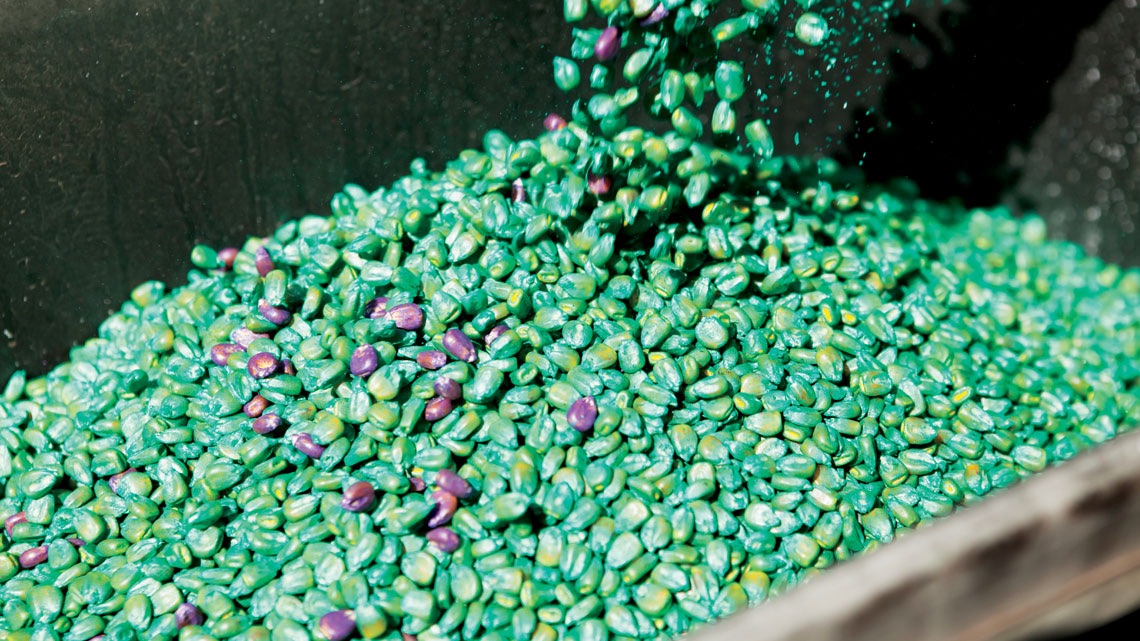 Farmers who use neonicotinoid seed coatings subsequently use less insecticide to control pests on oilseed rape, according to new research published by Nature today. But the study also demonstrated that more honey bee colonies were lost as the usage of imidacloprid, a first generation neonicotinoid, increased.

Scientists and farmers have been debating the pros and cons of using neonicotinoid seed coatings to control crop pests for many years. A team of scientists from Fera has analysed national, long-term agricultural datasets to discover new information that contributes to both sides of the debate.

Published in the Nature journal Scientific Reports (http://www.nature.com/srep/index.html), the study showed, for the first time, that farmers who use neonicotinoid seed coatings reduced the number of foliar insecticide sprays used to control pests on oilseed rape. Farmers using neonicotinoids also saw significant yield benefits, but not in all years.

Dr. Giles Budge, Head of Crop Science and lead author of the study said, “Our data indicate that farmers who used neonicotinoid seed coatings often had positive economic returns driven by an increase in yield, but this was not always the case. We now need to understand why neonicotinoid use does not always result in increased profitability for farmers. Then, should these chemicals be reapproved in the future, we can help target appropriate use to those situations where farmers see the most benefit.”

In line with recently published studies, the Fera study also demonstrated the potential impact on honey bees associated with using imidacloprid. The study revealed that more honey bee colonies were lost as the usage of imidacloprid increased. However honey bee colony losses were also linked to adverse weather and showed regional patterns, with beekeepers in Wales suffering consistently high losses.

Dr. Budge added “Our analyses suggest that honey bee colonies are being lost due to a range of pressures including imidacloprid usage, regional factors, adverse weather and, in our other work, pests and diseases. The drivers behind these losses are complex but it is important that the science community continue presenting a balanced argument to help farmers, beekeepers and the public understand the costs and benefits of agricultural practices. Further evidence, particularly from large scale field studies, is vital.”