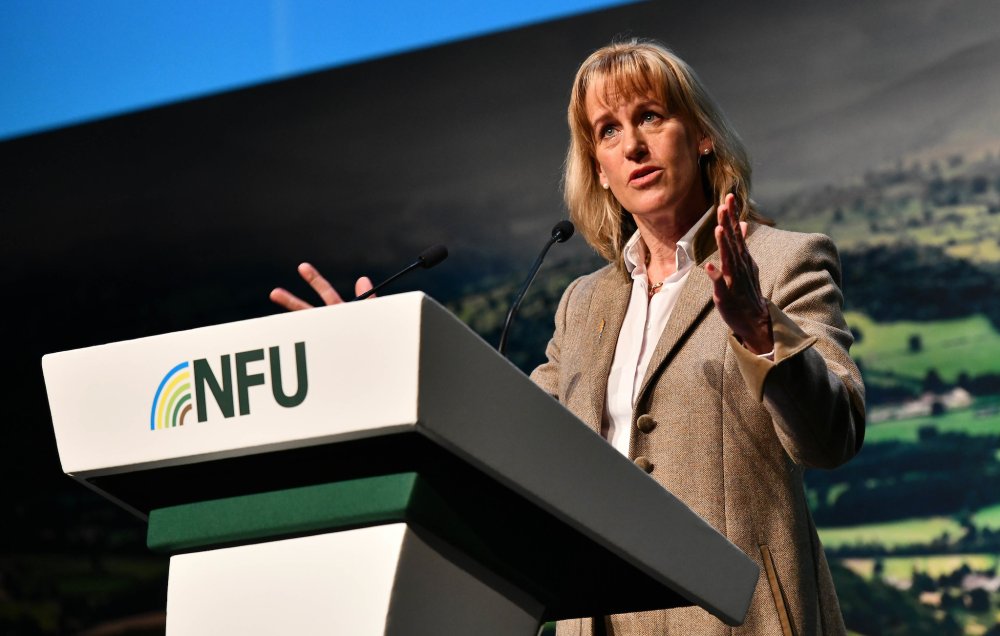 The NFU has urged the government to showcase its plan to ensure British farmers are not damaged by future trade deals 'as a matter of urgency'.

The fresh demand comes against the backdrop of mounting concern over large-scale tariff liberalisation and lower-standard agricultural imports.

The NFU said the Prime Minister must come up with a 'comprehensive strategy' to manage the impact of 'throwing open the UK market to the world’s biggest agricultural exporters'.

Tariff liberalisation and increases in imports could lead to severe pressure on farmgate prices, the union warned, potentially to levels that may cause harm to farm businesses.

Producers in countries such as Australia and the US operate on a much larger scale and can use products banned in the UK, leading to a lower cost of production.

Looking at the UK-Australia free trade agreement, the tariff-free access being granted to Australian farmers from the outset is significant.

NFU President Minette Batters said the union had repeatedly raised concerns about the level of tariff liberalisation on sensitive sectors, such as beef, lamb and sugar.

She said a 'rigorous economic assessment' of the predicted cumulative impact of free trade agreements on UK agriculture must now be published.

Mrs Batters said: “These are enormous volumes and it’s not clear at all that the safeguards that have been announced will have any effect.

"For example, the fifth year of the tariff safeguard on lamb would only kick in if Australian producers have already shipped over 150% of the UK’s current import requirement.

"It’s hard to know if it is British lamb producers or the carrying capacity of our docks that are really being safeguarded here."

The government's response to the Trade and Agriculture Commission’s report of March 2021 must be published, the NFU said, in particular how it intends to pursue a liberalised trade policy alongside assurances not to compromise farmers' standards.

The union has also called for a 'detailed export strategy' which included match-funding for export promotion and market development, and investment in trade diplomacy overseas.

“I expect the government to engage directly with the UK food and farming industry immediately to ensure these aspects of the deal are as effective as possible," Mrs Batters said.

"In particular, imports of sensitive products like beef, lamb and sugar under TRQs or subject to safeguards must be managed so that distortion of the domestic market is minimised."

Just over a year ago, more than a million people put their name to a petition demanding that trade deals do not compromise the UK's high standards of production.

But it remains to be seen how the government will keep to its numerous pledges not to undermine British farmers, particularly following the UK-Australia trade deal.

Mrs Batters said it was 'imperative' for the government to explain how it would work with farmers across the country.

“We recognise the advantages of striking independent trade deals and being able to sell our fantastic British produce abroad, but this must be accompanied by a strategy that details how we will improve our trade diplomacy.

“The NFU and its members stand ready to work with this government on making trade a success and something that can work for both parties,” she said.