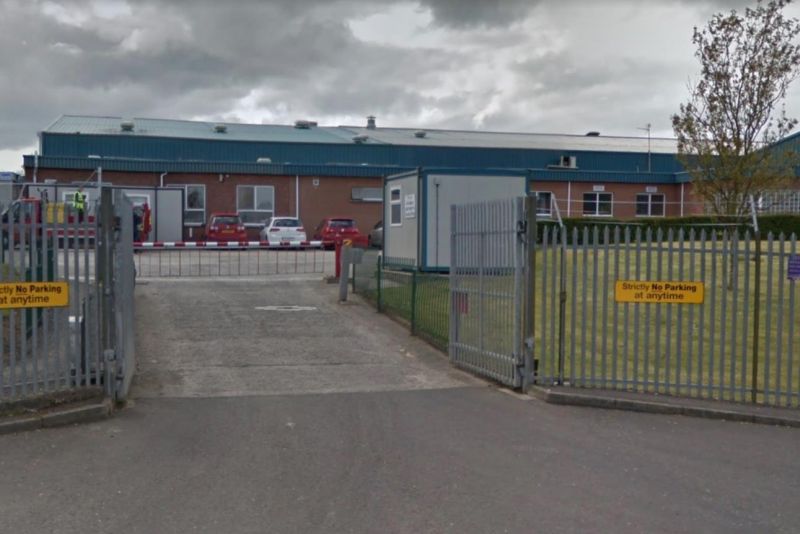 The pig processing plant has temporarily shut for a deep clean (Photo: Google)

Production at a pig processing site in County Antrim has temporarily stopped following the discovery of a Covid-19 cluster amongst workers.

Cranswick's plant, in Cullybackey, near Ballymena, has suspended production after 35 coronavirus cases were identified among the factory's 500 workers.

The closure took effect from Saturday (22 August), and all staff will now be sent for testing.

Discussions are reportedly under way with other processors to take pigs which cannot be slaughtered at Ballymena, according to the BBC.

A spokesperson said: “There has been a recent increase in the number of confirmed cases in Ballymena and the wider region and this has been acknowledged as a community issue.

"As a result of this, we can confirm that a number of colleagues at our Ballymena site have tested positive for Covid-19.

The Public Health Agency explained it had made a 'number of significant recommendations'.

"These include the testing of all staff this week and self-isolation of staff identified as close contacts of cases."

Cranswick is not the first meat processor to have coronavirus cases amongst its workforce.

In June, Asda was forced to temporarily shut down its West Yorkshire meat site after 165 staff tested positive for Covid-19.

2 Sisters - which produces a third of all poultry products consumed in the UK - shut its Anglesey meat plant after an outbreak infected 13 factory workers.