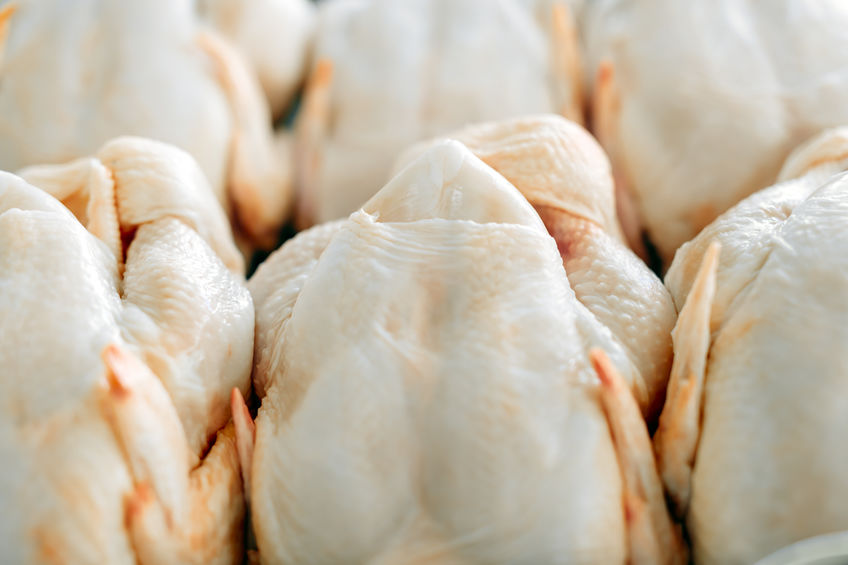 The British consumer should be able to have the choice to buy chlorinated chicken products, he said

There is no 'scientific' reason' to ban chlorine-washed chicken or hormone beef in any trade deal post-Brexit, Defra's chief scientist says.

Sir Ian Boyd, who is leaving the post this month after seven years, said there is no evidence that the practice is harmful to public health.

Speaking to Sky News, he said the British public should be allowed to choose whether or not they want to eat it.

Chlorine-washed chicken is currently banned by the EU and UK farmers' leaders have been lobbying against accepting lower standard food imports in order to win trade deals.

But in the US, the government permits such practices, which consists of dipping meat into chlorinated water to prevent microbial contamination.

Senior government officials to the Trump administration have frequently said that the UK may have to accept chlorinated chicken as part of any trade deal between the two countries.

“From a health perspective there really isn't a problem with chlorinated chicken,” Sir Ian said.

“The issue is about production processes and animal welfare, and that is a values-based choice that people need to make.

“My view is that we need to be allowed to make that choice.

“But it is the job of people like me to make sure that we explain as clearly as possible what the consequences of different choices are for people.”

The NFU has, however, warned that farmers in the United States could 'outcompete' British farmers in any trade deal.

Farmers fear a lowering of food production standards in a deal with the world's largest economy.

“There is a huge difference in opinion in what's needed in a US-UK trade deal.

“Agriculture is always the last chapter in any trade deal to be ratified.”

The NFU is hoping to see EU rules and regulations on food production to be enshrined in UK law post-Brexit, but that it had 'not been agreed' by government.

But Sir Ian added that there was no reason to outlaw practices such as hormone-treated beef.

“The chances are that most of it will have been metabolised when it comes into the meat you would eat,” he said.

“The chances of it having any biological effect on us is almost infinitesimally small.”

The NFU says Boris Johnson's government must instead look at a future agricultural policy which supports farmers as food producers and acknowledges the importance of domestic food production.