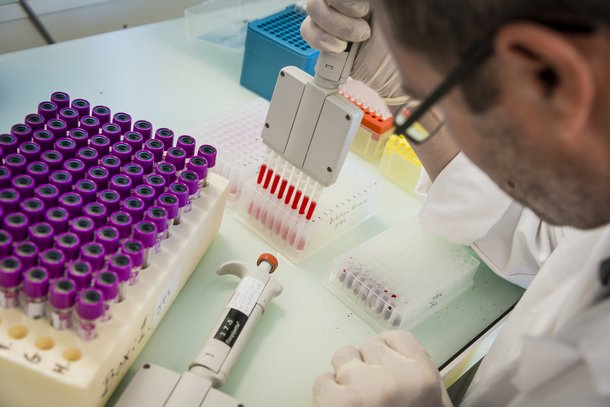 Brexit is one of the company's principal risks and threats, alongside avian disease and production cost rises

Poultry genetics company Joice and Hill has warned that a no-deal Brexit could cause a series of problems for the company.

It is more than three years since voters in the UK chose to leave the EU in a referendum but parliament has been caught in stalemate ever since.

Nick Bailey, managing director of Joice and Hill, has warned in the company's latest annual report and accounts that leaving the EU without a deal could cause problems.

“As we move through 2019, we face the additional risks of a no deal or hard Brexit scenario,” he said in his report for the financial year to the end of 2018.

“We anticipate this scenario to bring challenges in recruiting and retaining staff, availability and price issues with vaccines, medicines, feed raw materials etc, as well as threaten our ability to export chicks to Eire and trade surplus hatching eggs to sister companies in the EU,” he said.

The UK egg industry has since the 2016 referendum repeatedly called for a close trading relationship with the EU following Brexit and for the government to ensure that it continues to have access to migrant labour.

Following the referendum in 2016, the British Egg Industry Council (BEIC) conducted a survey, which showed that between 55 and 60 per cent of those working in packing centres were from other EU countries.

Last year, BEIC chief executive Mark Williams said that EU migrants accounted for up to 60 per cent of people employed in UK packing centres and as many as 40 per cent of those employed on farms.

Availability of labour was vital to the industry, he told delegates at last year's EPIC conference. But EU workers were heading home following the referendum.

At the the Egg and Poultry Industry Conference (EPIC) in November the NFU's chief poultry adviser, Gary Ford, warned that Brexit uncertainty was continuing to cause problems for the UK's poultry sector.

He said: “There is still a lot of uncertainty and lack of clarification around the whole Brexit piece.

“That uncertainty is causing problems in my view for our sector in terms of investment and it is causing impact on business as usual.

“And, as we know, it impacts on labour availability as well. The migrant labour force that we rely on - rightly or wrongly - and that is about 61 per cent of labour, including the poultry meat sector, is non-UK.

“Understandably, they don't see the UK as a particularly attractive place to work at the moment.

At the International Egg Commission (IEC) conference in Copenhagen in September, BEIC chairman Andrew Joret described Brexit as a 'disaster.'

He said: “I think it's the most stupid thing we have ever done.”

In Joice and Hill's annual report, Nick Bailey pointed to Brexit as one of the company's principal risks and threats, alongside avian disease, fire, production cost escalation and utilisation of production.

Mr Bailey said in his report: “The company is involved in the production of one-day-old layer chicks, supplying the egg industry across the UK and Eire.

“This is a competitive environment that depends on the quality of the genetics, chicks and inter-company relationships.

“As sole distributor of the layer brands of Hendrix Genetics in the UK, Joice and Hill play a vital role as interlocutor of market needs for our parent company and as the first point of technical support in ensuring our clients maximise the genetic potential of their laying flocks.”

He said that during 2018 the company had consolidated on a business turnaround started in 2017.

Mr Bailey said Joice and Hill had grown volume by 14 per cent and value by 19 per cent.

“Focus continues to be placed on chick quality with continued investment in our farms, hatchery and delivery vehicles,” he said.

“We also added to our sales and technical team to meet the demand for service from the growing free range egg sector.

“Towards the end of 2018 we implemented a new ERP and accounting software in line with a group-wide initiative to upgrade and standardise our IT systems and financial reporting.”