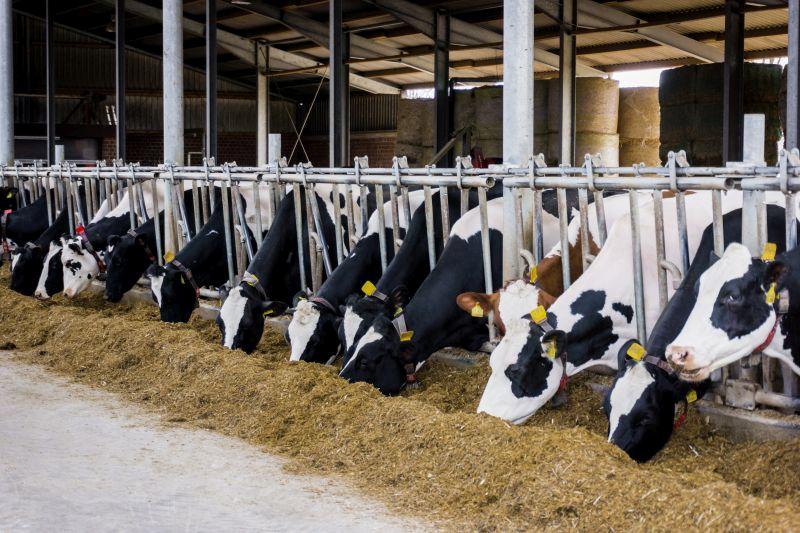 Findings from a recent project has given dairy farmers the confidence to minimise antibiotic use in cows at drying off.

Reducing antimicrobial use through selective dry cow therapy (SDCT), where only ‘high risk’ cows are treated at drying off, can cut unnecessary use of antibiotics.

It also saves farmers money with no threat to udder health according to the study by SAC Consulting, part of Scotland’s Rural College (SRUC).

It comes amid mounting pressure on the livestock sector to reduce antibiotic use due to the global threat from the emergence of antibiotic-resistant strains of bacteria.

Dairy specialist Lorna MacPherson, of SAC Consulting, said the dairy industry has cut prophylactic antibiotic use significantly and is on track to meet government targets.

“But it’s important for farmers to feel confident that by cutting out treatments they are not risking greater need for antibiotics later down the line. This was the main objective of this project,” she said.

The project focused on reducing the use of antibiotics at drying off and involved eight farms in Aberdeenshire and nine in Ayrshire.

Dry period performance was analysed on 3342 cows, 57 per cent of which had SDCT and 43 per cent antibiotic DCT.

All cows received an internal teat sealant at drying off, Ms MacPherson explained.

“Initially farmers were concerned about stopping the routine treatment of cows with antibiotics at drying off.

“However, as the project progressed, their confidence grew and many were surprised that the incidence of mastitis in cows on SDCT (teat sealant alone) was less than those receiving antibiotics and there was no increase in cows calving in with a high cell count.

“The results showed next to no difference in either the dry period protection rate or the dry period cure rate between the systems, in fact it proved that 74 per cent of the cows self-cured.”

One farmer involved in the project was Bruce Mackie of Rora Dairy, Peterhead. He said that taking part had given him the impetus to stop using dry cow antibiotic tubes.

“Three years ago we were tubing 75% of the dry cows with antibiotics and now it is less than 25%, with no health or yield issues and no change to the bulk somatic cell count.

“Over the 260-cow herd our average is 3.15 lactations and, despite the data showing infection rates are higher in older cows, carrying out SDCT has not altered the age profile of our herd,” he said.

It follows a conference held recently to mark the end of the SRUC's three-year project.

Delegates heard that antimicrobial resistance is not only a threat to livestock but also to public health, with an estimated 700,000 people dying globally of drug resistant infections every year.

And, if nothing is done, this figure could rise to 10 million people by 2050.

The Responsible Use of Medicines in Agriculture's (RUMA) UK action plan relates mostly to human health and medicine, but between 2016 and 2020 its aim is to reduce antibiotic use in food-producing animals by 25 per cent.

RUMA figures show that from 2015 to 2018 the total use of antibiotics in the UK dairy herd is down 35 percent, so the industry is well on track to meet targets or exceed them.

The majority of the conference audience were practising SDCT by identifying the cows with high cell counts to be treated and reducing the overall use of antibiotics in their herds.

Dairy farmers are encouraged in this by the various farm assurance schemes they are part of, whether they be supermarket linked or Red Tractor.

The keynote speaker at the conference was Dr James Breen from the University of Nottingham, who has been part of a team carrying out research into selective use of antibiotic dry cow therapy in dairy herds.

He pointed out that dry cow therapy is the biggest investment in individual cow health and said the most important factors were not antibiotics, but teat sealants and the environment.

He said: “The most cost-effective way of preventing new udder infections during the dry period is to minimise the risk by using a teat sealant and pay careful attention to hygiene at drying off.

“The dry cow housing environment can also have a significant effect on the infection risk during the dry period. There is a place for antibiotics in cows with high cell counts but they should never be used routinely.”

Research at the University of Nottingham backed up the findings of the SAC Consulting project, its statistics show that there is no benefit in treating low cell count cows with antibiotics at drying off.

It shows that cows treated with a teat sealant only are at no greater risk of calving in with a high cell count or more likely to have mastitis in early lactation.

“Cubicles should be scraped and bedded every day and if dry cows are at grass, ideally they should be on pasture which is rested for four weeks and grazed for two.

“Our trials showed that moving dry cows to fresh pasture regularly reduced the rate of infection from one in three to one in ten.”