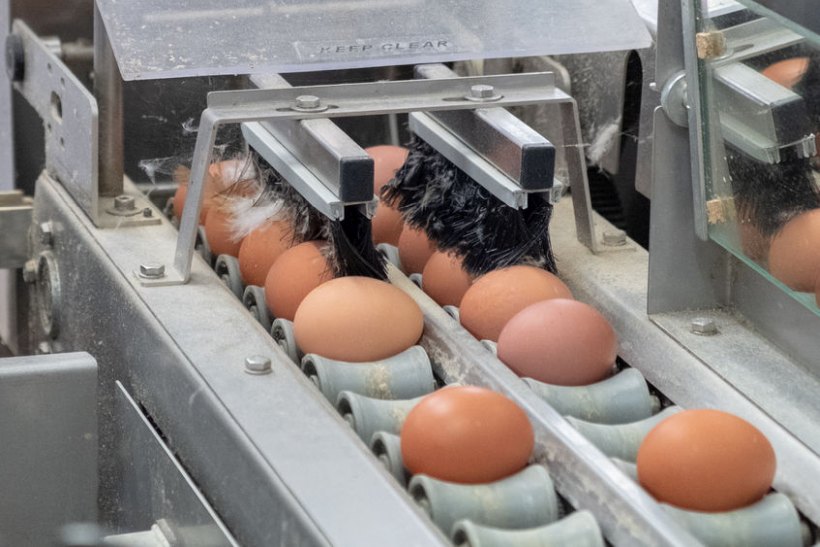 There is increasing public concern that post-Brexit trade deals could lead to lower quality food, according to a government survey.

Ever since the UK voted in 2016 to leave the EU, farming leaders have been pleading with the government not to allow the import of lower standard foods in order to secure trade deals with the US and others.

Government ministers have continued to insist that they would not sacrifice food and farming standards in the pursuit of trade deals.

Despite this, the government refused to support amendments in the House of Commons that would have introduced the defence of such standards into law.

In September 2018 the government commissioned a UK-wide survey to examine public attitudes towards trade and to understand the public’s priorities as they relate to trade policy and how these may change over time.

The latest update was published recently and it shows growing concern about food standards post-Brexit.

In the initial survey 12% of those questioned said they thought that increased free trade would lead to lower quality goods and services. In the latest updated survey this has increased to 17%.

Support for establishing free trade agreements with selected countries - Australia, New Zealand, US, China and India - remained broadly high, but declined for each country between five and seven percentage points since the first survey.

Mark Williams, chief executive of the British Egg Industry Council (BEIC) has warned that British egg products could not compete with lower priced and lower welfare imports from such countries.

Mr Williams, who says that a significant percentage of the cost of producing a dozen or a kilo of eggs in the UK came from legislation on food safety, animal welfare and environmental protection, has warned that pursuing a trade policy with the countries would result in British farmers being undercut.

A report from Wageningen University in the Netherlands, produced by egg industry expert Peter van Horne, highlighted the importance of tariffs.

Peter van Horne said in his report that, compared to the average level within the EU, the production cost of shell eggs in 2017 were 24% lower in the USA, 22% lower in Ukraine, 14% lower in Argentina and 11% lower in India.

Elizabeth Truss, the Secretary of State for International Trade and the minister responsible for securing new post-Brexit trade deals, has again insisted that the UK would not trade away food standards to clinch such deals.

Her assurances came in exchanges with opposition MPs in the House of Commons.

SNP MP Angus McNeill asked: "Will the Secretary of State take this opportunity to ease farmers’ anger and consumers’ anxiety and state categorically that there will be no changing of food standards or any compromise whatsoever in any trade deal on the high standards of the food that now goes on our supermarket shelves?"

The Secretary of State said she could "absolutely give such an assurance."

Labour MP Bill Esterson said NFU Scotland wanted the Trade Bill amended to ban food imports not produced to UK standards, but Ms Truss said: "The fundamental principle of our trade policy is that we will not allow our fantastic farmers, whether in Scotland, Wales, Wales or Northern Ireland, and their great produce to be undermined. What we want them to be doing is exporting more around the world."

She said that, in the EU withdrawal Act, all the import standards that the UK had as part of the EU had been transposed into UK law.

"Those import standards remain, and we will not be negotiating them away in any trade agreement. Furthermore, we have the Trade and Agriculture Commission, which is specifically involving organisations such as NFU Scotland, to ensure that British farmers get a fair deal and British consumers have products that they can have confidence in."

It comes as the government bowed to pressure and agreed to establish a trade and agriculture commission to look at potential trade deals.

In a letter to NFU president Minette Batters, Ms Truss said the commission would look at UK agricultural trade policy, animal welfare standards across the world and export opportunities for British farming.

The letter stressed that the commission's recommendations would be advisory only.