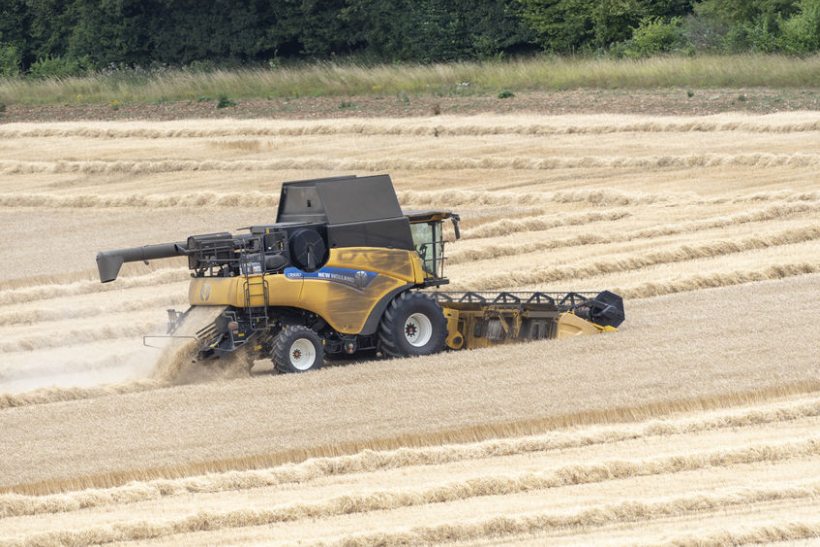 Public concern over the future resilience of British food and farming is growing, a new survey shows

Calls have been made for farmers to have increased access to new technologies as public concern rises over the impact of the pandemic on UK food supplies.

The public have highlighted their worry over the fragility of the food system in the face of Covid-19, climate change and possible trade interruptions.

More than two thirds (66%) of adults are worried about the impact that a second wave would have on food supplies, a new YouGov survey has shown.

Fears for the food system’s resilience in the face of climate change and trade interruptions after the Brexit transition period ends are also playing on public consciousness.

The survey of over 2,100 adults was carried out on behalf of the Agricultural Biotechnology Council (ABC), which has called for farmers to have access to 'all the tools available' in order to fight the threats.

Although food supplies have stabilised since the early days of the pandemic, when empty supermarket shelves were commonplace, the crisis has left people sensitised to the issue.

Whereas only 7% were worried this time last year, nearly five times that number (34%) are now concerned what the next decade will bring.

Less than half (48%) are confident that the food and farming system is prepared for a second wave of Covid-19 or a future pandemic, the survey shows.

One in three (32%) are more worried about the availability of fresh food in the UK now or in the next year, compared to the views of food security in other countries.

Fears about the security of the UK food supply are not limited to Covid. Two thirds raised fears about the consequences of climate change, such as drought, amidst another British summer with soaring temperatures.

Additionally, repeat assurances that the UK will secure favourable trade deals with Europe and US after the transition period ends appear to have fallen on deaf ears.

Only three in 10 adults (32%) believe that the UK’s food and farming system is prepared for trade interruptions or problems with either the US or EU.

A third of people also raised fears for the impact of interruptions such as bans on types of seeds available to farmers, or restrictions on the use of crop protection chemicals.

Notably, the data suggests the public thinks more should be done to support farmers and food producers to future-proof the sector and help it remain resilient.

In particular, more than half (52%) expressed support for the use of new agricultural innovations such as new plant breeding techniques like gene editing to make crops more nutritious and resistant to pests and diseases.

"These results demonstrate a clear need to provide farmers with the opportunity to access all the tools available to them," he added.

"Our farmers need the same access to new technologies such as gene editing that their counterparts do in countries like Australia and Canada, to help UK food production remain resilient and sustainable."

It comes as the government recently confirmed a consultation on the future regulation of precision plant breeding techniques post-Brexit.

According to ABC, gene editing in the UK could help British farming 'flourish' whilst maintaining the high levels of consumer safety and environmental protection.

A recent report by the group examined a number of global regulatory systems, finding that modelling UK regulation away from the EU's would help British farming thrive.

Paul Temple, farmer and AHDB Board Member said this year's weather had produced the worst wheat harvest for decades.

"We need more than ever new breeding solutions to provide the resilience to changing climate, pests and diseases," he said.

"At the same time the pandemic has highlighted how important a secure food and farming system is to this country.

"That’s why we need to ensure we are protecting it and strengthening it for the future."

YouGov also asked about support for other interventions to help improve British farming for future demand.

A third said they would support intensification of farming, for example more use of green houses and polytunnels, while 27% backed restriction of food exports from Britain.

Nearly two thirds would welcome people being encouraged to consume a greater proportion of seasonal produce.