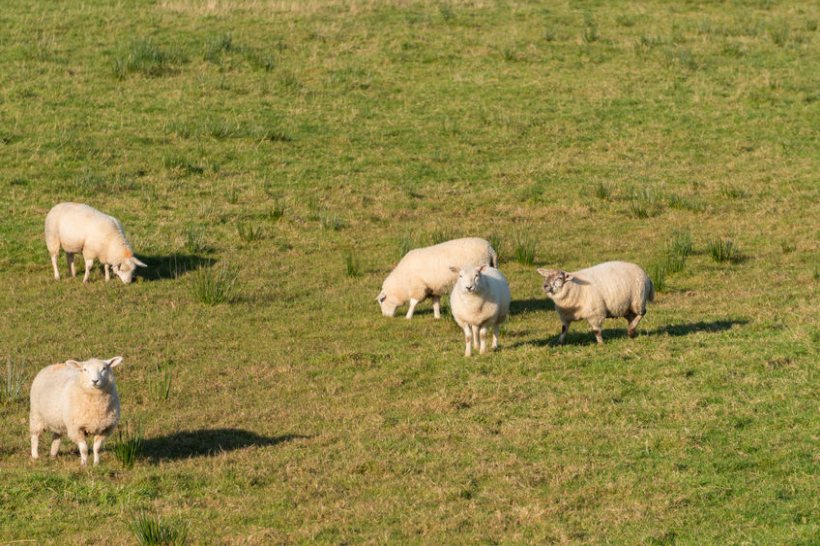 Sheep farmers have warned holidaymakers of the risk posed by their pets to livestock following figures showing a rise in dog attack costs on farm animals.

With more people holidaying in the UK due to Covid travel restrictions, farmers are anticipating an increase in walkers passing through their fields.

An increase in holidaymakers comes the risk of increased attacks on sheep from dogs whose owners are not familiar with countryside, the National Sheep Association (NSA) has warned.

The cost of dog attacks on farm animals rose by an estimated 50 percent during the first quarter of this year, according to the latest figures by NFU Mutual.

A surge in lockdown pets and countryside visits, along with a lack of awareness about how dogs will behave around farm animals are believed to be driving the rise.

NSA chief executive Phil Stocker explained that sheep farmers across the UK had suffered an increase in sheep worrying attacks by dogs since the pandemic started.

"This is now expected to rise once again as many enjoy a ‘staycation’ in the UK where their cherished pets can travel with them," he added.

"It is crucially important that dog owners must be aware of the serious issue of sheep worrying by dogs and take action to be a responsible dog owner.”

He urged dog walkers to keep their pets on leads during walks through the countryside 'no matter how obedient they consider their pet to be'.

Mr Stocker continued: “Please keep your dog on a lead whenever there is a chance sheep could be nearby and avoid walking closely to them if at all possible.

"You may not consider your dog capable of causing physical injury to another animal but barking and chasing are instinctive responses that will cause great stress to sheep.

"Unfortunately, in many cases this also leads to physical attacks causing pain and suffering and in the worst incidents even death.”

In addition, the NSA is highlighting the impact the threat of sheep worrying has on the mental health of farmers, and is urging the public to be considerate of this.

It is well documented that those working in the agricultural sector are at high risk of suffering from difficulties with their mental health.

A recent survey by the NSA revealed that more than half of respondents recognised that the threat of sheep worrying attacks was causing a moderate to severe impact on their mental health.