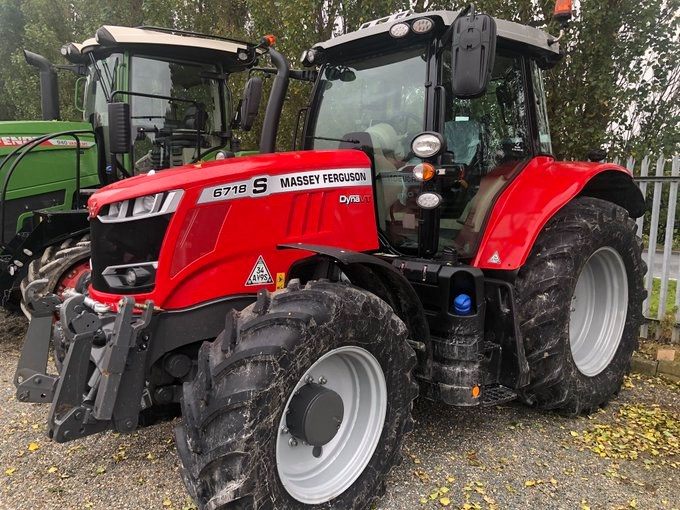 Ten tractors across Holderness had been entered overnight on Friday 25 to Saturday 26 September (Photo: Humberside Police)

Humberside Police have turned to the public for more information after criminals stole GPS devices along with roof receivers.

Ten tractors across Holderness had been entered overnight on Friday 25 to Saturday 26 September.

The thefts occurred in the Ottringham, Halsham and Coniston areas of Holderness, the force said.

In the first incident, thieves entered a secure compound on Withernsea Road, Halsham and targeted six tractor units for their trackers and satellite roof receivers.

In the second incident, a tractor and a sprayer parked securely in a farmyard on Swine Lane, Coniston also had their GPS tracker systems stolen.

“We’re encouraging farmers to remove the screens and other valuables when leaving their vehicles and, where possible, parking them in secure, alarmed buildings.

“If that isn’t possible, park them in well-lit areas covered by CCTV. Be on the lookout and report suspicious behaviour to us via 101, and always dial 999 if a crime is in progress.”

The news comes as Lincolnshire Police recently urged farmers to remove GPS devices from their equipment following a spate of thefts in the county.

The cost of rural crime in the UK reached an eight year high last year as criminal gangs continue to target the countryside, including GPS systems.

How can I protect my GPS system?

Farmers have been urged to follow advice from the NFU:

• Mark your postcode on GPS units – either with a UV pen, engraving tool or forensic marking system