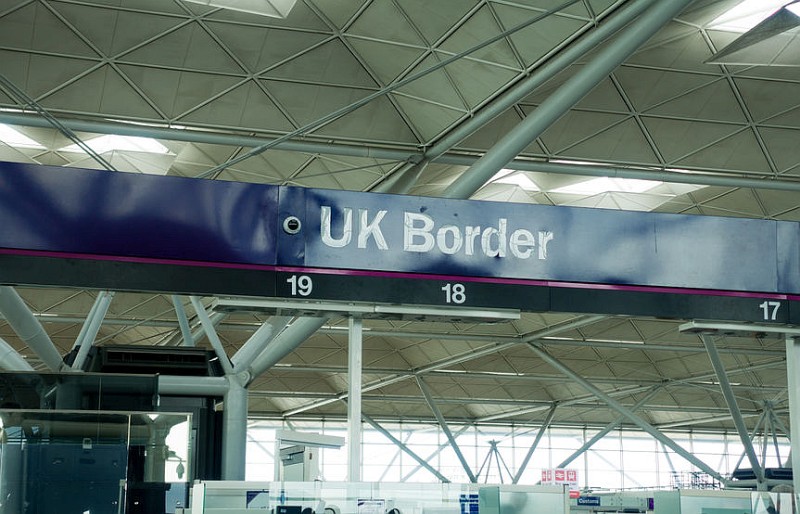 Infected imported meat is one of the key routes for ASF to enter the UK, the pig industry warns

Pig producers have called for more resources from the government to help keep African swine fever (ASF) out of the UK as concern over the disease grows.

The call comes as traces of the disease was detected in seized pork meat at a Northern Ireland airport last month.

Following this discovery the industry has warned that more resources needs to be allocated at ports and airports to help keep illegally imported meat and ASF out of the country.

While completely harmless to humans, the ASF virus is easily transmitted and causes serious illness and death in pigs and wild boar.

This disease has a huge impact in terms of pig health and welfare, while control measures also mean that the whole industry would be affected with significant implications for trade.

Defra recently announced it was introducing a poster campaign at ports and airports targeting travellers from ASF-affected regions with messages about the risks of bringing meat into the UK.

The department said it was also working with Border Force on improving its work in targeting and seizing illegally imported meat products from high risk areas.

But the National Pig Association (NPA) said it wanted to see more 'tangible evidence' of how the government intends to take a more proactive approach to the problem.

Infected imported meat is one of the key routes for ASF to enter the country, it warned.

“There no targeted plans to search baggage of passengers coming in from high risk countries, as has been the case in both Northern Ireland and Scotland.”

She added that there also needs to be a 'concerted effort' to collaborate with universities to warn students from affected countries about the penalties of bringing in meat illegally.

“With the need to prepare for Brexit, we know that budgets are tight and that has been a constraint.

“But we are concerned that UK Border Force is not taking the ASF threat seriously enough – it should be demanding more money from the Treasury to ensure it is up to the task,” Ms Davies said.

Pig producers have long been calling for more measures to be put in place at borders.

There are concerns that more proactive measures need to be done when meat is brought into the UK.

Ms Davies added: “There are good examples around the world where border control resources are being significantly stepped up as a direct result of the ASF threat.

“Increasingly, this is revealing the presence of ASF virus in illegally transported meat.

“We need to see similar action in the UK,” she said.

The government has estimated that a ‘reasonable worst-case scenario’ ASF outbreak could cost the country £85 million. However, the NPA believes the figure would be much higher.