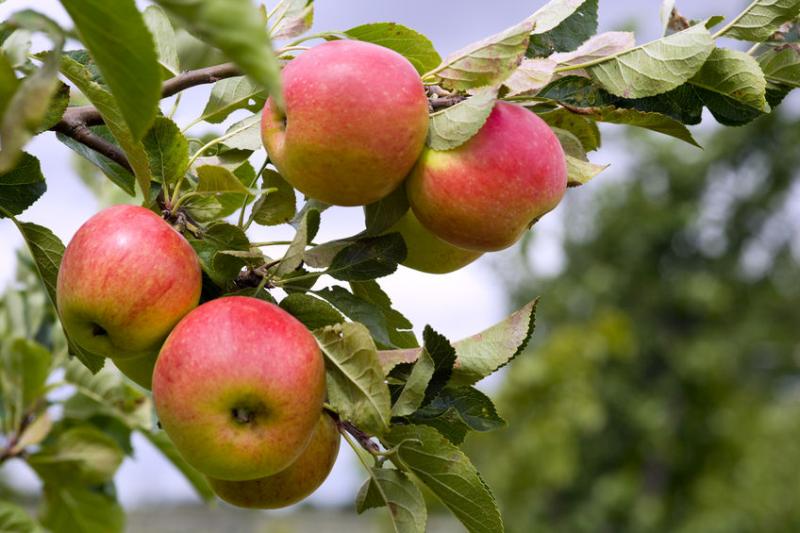 An NFU survey shows that a third of growers have been forced to leave 100 tons of fruit - around 16m apples - unpicked because of a lack of labour.

The UK apple harvest, worth £400 million a year, has been hit the hardest by the worker shortfall, in part fuelled by Brexit and ongoing political uncertainty.

Growers of Brussells sprouts, cabbages and cauliflowers are also affected by the migrant drain as the busy Christmas period looms.

Farmers and growers have seen a sharp decline in the number of seasonal workers since the UK voted to leave the bloc.

Instead, many migrant workers have been taking jobs paid in euros in countries such as the Netherlands, Germany and Spain.

Ali Capper, chairman of the NFU's horticulture and potato board told The Daily Mail the unpicked fruit is 'enough apples to feed 44,000 children every day for a year.

“And that is just 30 per cent of the industry – it could be much more,” she said.

“EU workers now fear they need to buy a passport when they have always been able to travel and work here on identity cards.”

Last month, the labour shortage was reported to be at 20 percent, while August was 18 percent.

But industry experts say the figure this month could be even higher.

Jack Ward, chief executive of the British Growers Association, told the paper: “I know a mushroom grower in East Anglia who is operating at two-thirds capacity because he can't get workers.”

It comes as the government's pilot scheme gets underway which ensures non-EU migrant workers can work on UK farms for six months in a bid to alleviate shortage.

The pilot commenced in spring and will run until the end of December 2020.

But numerous industry groups have called on the 2,500 worker cap to be increased to 80,000 as labour concerns continue.

Fruit and vegetable production contributes around £2 billion to the UK economy.