Wildcats and golden eagles may be released in England 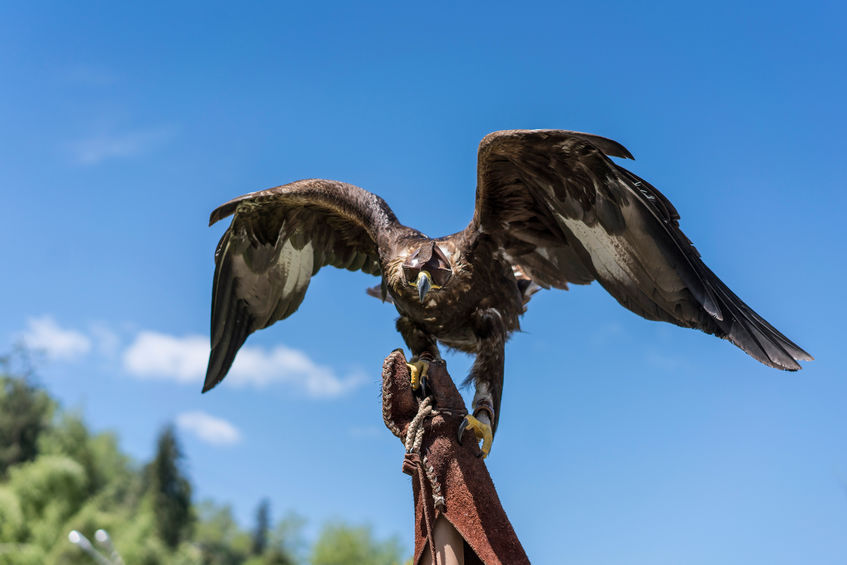 Wildcats and golden eagles could be reintroduced in England as part of government biodiversity targets to reverse the decline of wildlife.

A new taskforce has been set up by the government to look at the reintroduction of species which have been lost in the country.

Defra Secretary George Eustice said the government wanted to see a 'nature-rich Britain' with further action to bend the curve of species loss.

But farming groups hold fears over the potential impact of apex predators on their businesses.

"We will recover threatened species and provide opportunities for reintroduction through a range of projects," Mr Eustice said.

The taskforce will also introduce declining species, such as beavers, into new areas of England to help populations recover.

Mr Eustice added: “After a successful release in Devon, we are now looking positively towards the reintroduction of beavers and the further releases of this iconic species in England.

“We will particularly consider reintroductions where the benefits are clear, there are strong partnerships and agreement from stakeholders.

"Our approach will acknowledge the potential of beavers as a keystone species, while working closely with local communities.”

The government said it would publish a consultation this summer on its approach to this and the management of beavers in the wild.

The taskforce will bring together experts, including farmers and landowners, to share knowledge and assess species for reintroduction.

It comes as farming groups have repeatedly expressed concern over the reintroduction of any apex predator species in the UK.

Natural England was recently criticised for approving the release of 60 white-tailed eagles in an area of Norfolk known for its pig and poultry production.

The National Pig Association (NPA) highlighted that pig producers were 'rightly worried' about the impact of the birds on their businesses.

“We are disappointed that Natural England has given the project the green light without addressing the concerns of NPA members," senior policy adviser Charlie Dewhirst said.

"East Anglia is home to a significant proportion of the UK’s outdoor pig herd and farmers are rightly worried by the potential impact of introducing these large apex predators."

Natural England responded by saying it 'understood' farmers' concerns about the potential impact that the white-tailed eagles would have on livestock businesses.

However, the agency added: "Having examined evidence from elsewhere in Europe we have concluded that the risks are low and are manageable."