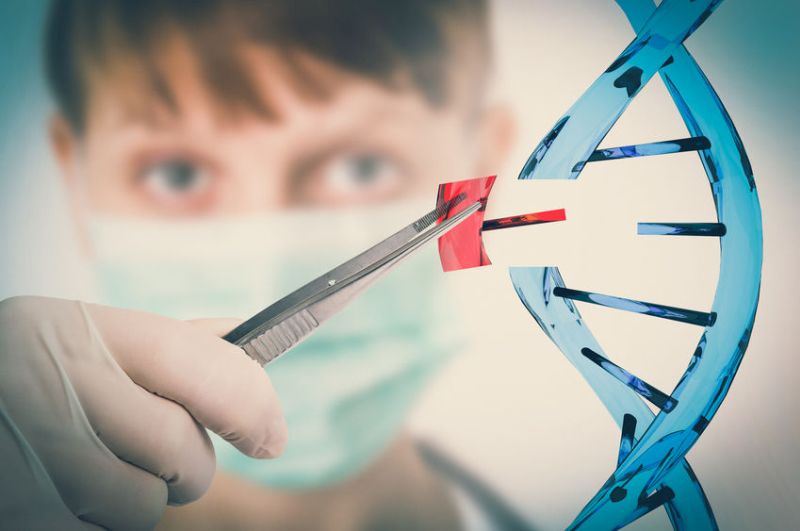 Genome editing could be a 'key tool' in improving the efficiency of UK pig production and could help in tackling devastating diseases such as African swine fever.

This type of genetic engineering is a way of making specific changes to the DNA of a cell or organism, which means characteristics can be tinkered with.

In 2017, scientists used the method to create male pigs that could be used as surrogates capable of producing sperm that contains the genetic blueprint of sought-after pigs.

In the same year, pigs were produced that were potentially resilient to Porcine Reproductive and Respiratory Syndrome, an infection which costs the sector billions each year.

The National Pig Association (NPA), responding to the Nuffield Council of Bioethics' call for evidence on genome editing, highlighted the potential value of the technique.

The group said the method is an 'important one to consider and push for' to ensure pig production efficiency is boosted.

It said the use of genome editing might mean that diseases such as African swine fever, currently spreading through Asia and parts of Europe, are better tackled.

Reducing emissions in pig production might also be a positive consequence of genome editing, or exploiting the nutritional availability in feed better.

A few countries have made small steps to utilising this technology, but these have been limited.

The NPA said: “Our industry cannot be disadvantaged by a lack of access to such a tool and any future policy must be clear not to breach ethical boundaries, but to have flexibility to allow the use of the technology to be exploited to its full potential.

“Any future developments are reliant on support for the research required to explore the opportunities available.

“Key to the use of genome editing will be the leadership which is required to properly communicate the value of this technology through the supply chain to the consumer, and also to manage expectations.”

The group added: “Historically, the use of genetic modification - different to genome editing - was marred by poor communications which has put European producers at a disadvantage.

“There is an opportunity to get the communications right with gene editing, so there is clear understanding of the safety and value from all stakeholders.”

It comes as scientists at the University of Queensland say that gene technology is a 'potential game-changer' for agriculture worldwide.

Researchers say that consumers will soon be eating gene-edited foods that have added nutrients, and the next generation of genetically altered foods is currently waiting for regulatory approval.