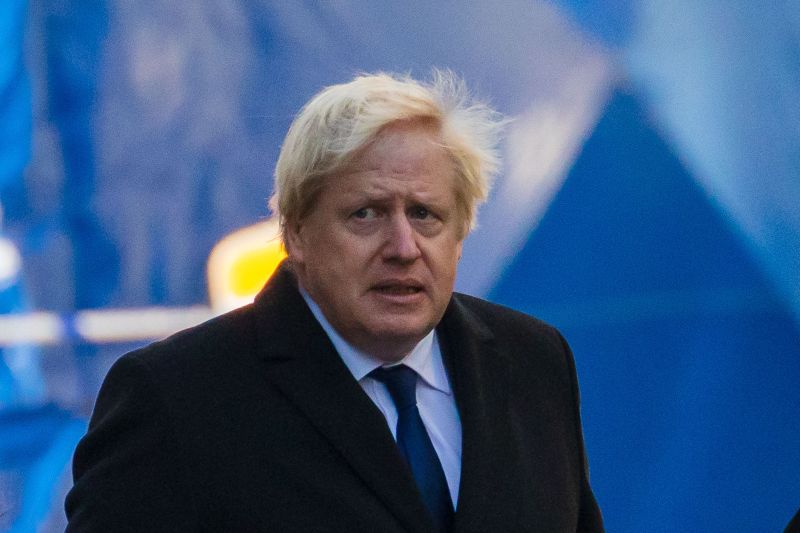 Boris Johnson has been challenged to commit to backing British farmers as fears rise over a US trade deal post-Brexit (Photo: VICKIE FLORES/EPA-EFE/Shutterstock)

Jo Swinson has called on Boris Johnson to commit to protecting British farmers post-Brexit as concerns heighten over a possible US-UK trade deal.

The Liberal Democrat leader said the Conservatives' trade plans after the UK leaves the EU 'threatens' to put farmers 'out of business'.

The prime minister has, however, insisted that British farming would 'absolutely be protected' post-Brexit.

It comes as leaked documents from the ongoing US-UK trade deal talks revealed American officials are pushing for the UK to allow greater use of chemicals in food production.

The US negotiators have said that maintaining the UK’s current high standards for food production was ‘the worst-case scenario’, adding that in a no-deal Brexit there would be ‘all to play for.’

In addition, the US team agreed to share their ‘public lines’ on chlorine-washed chicken to help UK officials try to sell the controversial practice to British consumers.

Swinson will today (3 December) call on the prime minister to use this week's NATO meetings with President Donald Trump to commit to protecting farmers and consumers.

The Lib Dems have frequently reiterated that Brexit poses a threat to farmers, including the loss of EU financial support, tariffs for the 80% of UK agri products that are traded with the EU and labour shortages due to the end of free movement.

Swinson said: “Boris Johnson's Brexit plans threaten to put our farmers out of business, through crippling tariffs for exports to the EU and labour shortages that would leave food rotting in the fields.

“To make matters worse, Johnson's desperation for a post-Brexit trade deal with Donald Trump means UK farmers risk being undercut by low-standard imports from the US.

“Boris Johnson must give a guarantee that our farmers and world-leading food standards will not be sacrificed on the altar of a Trump trade deal.”

But the Conservatives have insisted that people 'at home and abroad' will 'line up and buy British' post-Brexit, in turn boosting farmers.

The party's manifesto states: “We want people, both at home and abroad, to be lining up to buy British, and one of the great opportunities of Brexit is the chance to lead the world in the quality of our food, agriculture and land management – driven by science-led, evidence-based policy.”