Tories pledge to protect budget and 'free' farmers from CAP 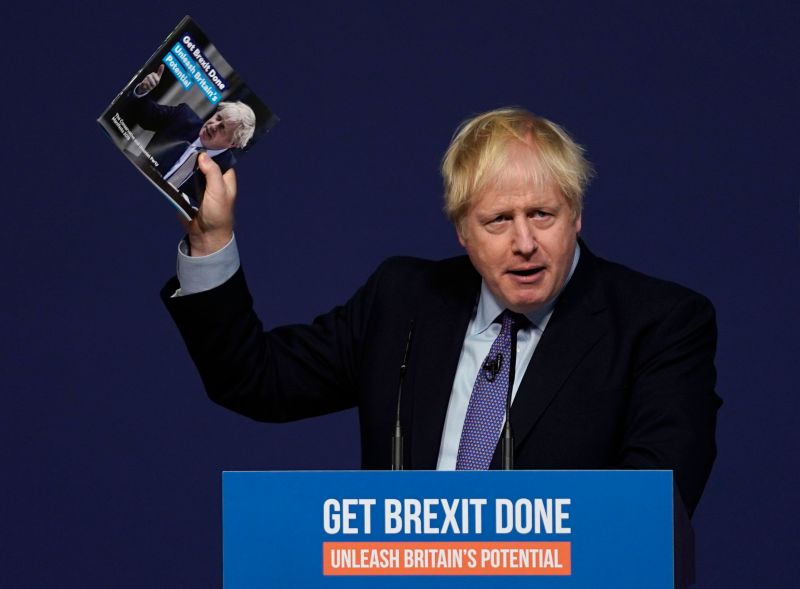 The manifesto highlights how it wants people in the UK and abroad to 'line up and buy British' (Photo: WILL OLIVER/EPA-EFE/Shutterstock)

The Conservatives have guaranteed to protect the current annual budget for the farming industry and pledged to free farmers from the 'bureaucratic' CAP.

Releasing their manifesto on Sunday (24 November), prime minister Boris Johnson said the Conservatives would 'get Brexit done' and 'forge a new Britain' if elected.

The 59-page document shows that UK would achieve a post-Brexit deal for farming which moves away from the 'bureaucratic' Common Agricultural Policy and toward a system based on ‘public money for public goods’.

To support this transition, the party has guaranteed the current annual budget to farmers in every year of the next parliament.

In return for funding, farmers would be encouraged to work in a way that protects and enhances the natural environment, as well as safeguarding high standards of animal welfare.

Post-Brexit, the public sector would be encouraged to buy British and back UK farmers in a move which would 'reduce environmental costs'.

The manifesto says: “We want people, both at home and abroad, to be lining up to buy British, and one of the great opportunities of Brexit is the chance to lead the world in the quality of our food, agriculture and land management – driven by science-led, evidence-based policy.

“And we want those same farmers and fishermen to act as the stewards of the natural world, preserving the UK’s countryside and oceans as they have for generations.”

The Conservatives have also pledged to increase the annual quota for the Seasonal Agricultural Workers Scheme, from 2,500 to 10,000 people.

Other policies include rolling out gigabit broadband across the country by 2025, providing greater mobile coverage and redirecting more police resources to tackle rural crime.

The party has announced a 'triple tax lock', saying there would be no increase in the headline rate of income tax and National Insurance, as well as VAT, for 5 years.

It follows the manifesto releases of both the Labour Party and Liberal Democrats last week.