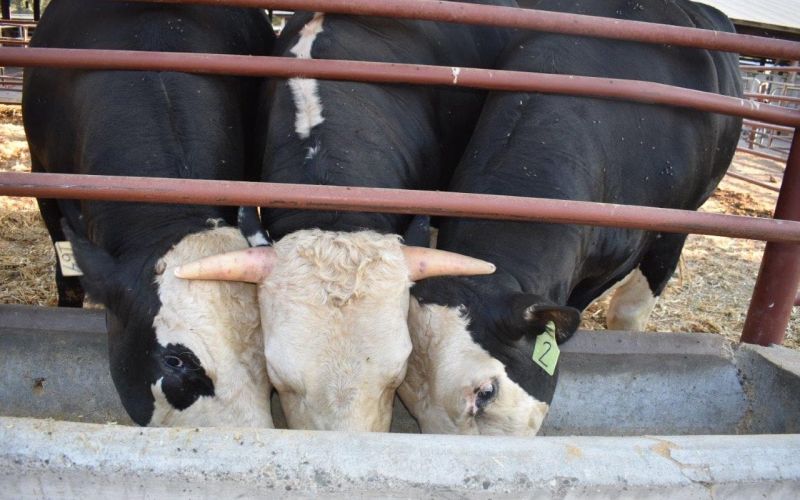 Scientists have genetically engineered bulls to prevent them from growing horns in a move to stop livestock-related injuries.

The technology has been proposed as an alternative to debudding, a common practice performed to protect other cattle and human handlers.

This process can, however, often be unpleasant and has implications for animal welfare.

Now researchers at the University of California, Davis, have successfully bred bulls without horns after splicing the ‘hornless’ gene from Aberdeen Angus cattle.

They inserted this gene into the Holstein breed. Since then, the team have been studying six offspring of a dairy bull, genome-edited to prevent it from growing horns.

They report that none of the bull’s offspring developed horns, as expected, and blood work and physical exams of the calves found they were all healthy.

The researchers also sequenced the genomes of the calves and their parents and analysed these genomic sequences, looking for any unexpected changes.

Plasmid integration can be addressed by screening and selection, in this case, selecting the two offspring of the genome-edited hornless bull that inherited only the naturally occurring allele.

“This type of screening is routinely done in plant breeding where genome editing frequently involves a step that includes a plasmid integration,” she added.

Van Eenennaam said the plasmid does not harm the animals, but the integration technically made the genome-edited bull a GMO, because it contained foreign DNA from another species, in this case a bacterial plasmid.

“We’ve demonstrated that healthy hornless calves with only the intended edit can be produced, and we provided data to help inform the process for evaluating genome-edited animals,” said Van Eenennaam.

“Our data indicates the need to screen for plasmid integration when they’re used in the editing process.”

The UK pig industry recently said genome editing could be a 'key tool' in improving the sector's efficiency and could tackle devastating diseases such as African swine fever.