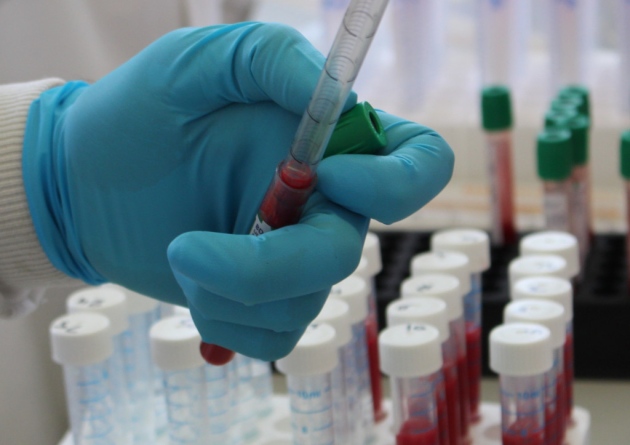 The test was initially launched in the UK in 2017 (Photo: PBD Biotech)

This past year Wales has seen the highest number of cattle slaughtered due to bovine TB in 10 years.

The most recent official figures for Wales show over 12,000 cattle were slaughtered due to bovine TB in the 12 months to May 2019, a 21% increase on the previous year.

New test developer PBD Biotech is set to discuss its Actiphage TB diagnostic and early findings from the first Welsh trial of the test.

Research has confirmed the new Actiphage test is able to accurately detect only live mycobacteria cells, differentiating infected animals from vaccinated ones.

It can be used for livestock, wildlife and a range of other species.

At the AberTB Conference this month (17 September), Dr Ben Swift, PBD Biotech’s Director of R&D, will share updates on the Actiphage test, how it detects TB in blood and milk samples, and timescales for the test’s validation.

Dr Swift said: “By identifying cattle carrying low levels of live Mycobacterium bovis, Actiphage can give farmers, vets and other animal health experts a much-needed head-start on the race to catch TB, helping to inform an effective disease management strategy.”

A farm-based trial is underway in Ceredigion on a chronic breakdown dairy unit.

The trial, licensed by the Welsh government, is the first of its kind in Wales.

It is being led by Clinical Director of Tysul Vets, Robert Price-Jones, and is running alongside Animal and Plant Health Agency (APHA) statutory testing.

Carefully selected high risk cattle are being Actiphage-tested in addition to the standard skin testing, Gamma Interferon and ELISA blood testing being performed by APHA.

This has enabled the detection of M. Bovis in cattle that have tested clear by all other testing methods.

Vet Robert Price-Jones said: “There remains a need for an accurate blood test that detects M. bovis directly, rather than relying on immunological methods of detection.

“The trial’s initial results indicate that Actiphage has a high sensitivity and specificity with nearly 60% of our ‘high risk’ group of animals testing positive.

“All of these high risk animals had recently tested clear to the conventional skin test and Gamma Interferon tests in the two weeks prior to testing with Actiphage.

“A small number of the Actiphage-positive animals later tested positive to an ELISA antibody test.”

He added: “The trial is ongoing yet our initial results suggest Actiphage will detect animals harbouring M. bovis that conventional testing is failing to detect.”

In May 2018, the APHA included Actiphage in its exceptional private use protocol for TB-stricken cattle herds in England, following its use as part of a successful private eradication programme on a Devon dairy farm.

The test is also undergoing trials in USA state labs for the improved detection of bTB.